Iran ‘to step up sanction evasion with crypto’

Iran is likely to double down on cryptocurrency in a bid to dodge US sanctions, warns an ex-CIA officer

Iran is likely to double down on cryptocurrency in a bid to dodge US sanctions in the wake of increased tensions between Washington and Tehran, warns an ex-CIA officer.

US cryptocurrency expert Yaya Fanusie said Iran will step up its blockchain operations following the US assassination of an Iranian general and a retaliatory Iranian airstrike on an American military base.

Iran is under severe US economic sanctions, and the Iranian government has been probing the use of cryptocurrency such as Bitcoin to dodge these sanctions.

Mr Fanusie, now adjunct senior fellow at the Center for a New American Security think tank, says that the US must ensure its allies are adhering to global anti-money laundering standards to make it difficult for Iran to anonymously buy crypto and evade sanctions. 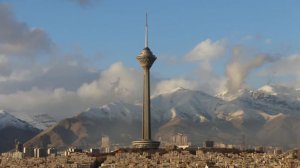 He said: “Iran was well-motivated before to build an alternative financial vehicle, and it’s even more motivated now.

“All the messaging is that it’s going to be less cooperative.”

Mr Fanusie recently warned that Iran will use cryptocurrency to fund information warfare against the West.