Is the UK government gearing up to welcome cryptocurrency in 2019?

As HMRC issues tax guidelines, leading experts say: "It’s going to get very uncomfortable for the bad guys, and a whole lot better for the good guys"

The UK government has sent a signal of intent that it will seriously embrace cryptocurrency in 2019 by cleaning up the way digital assets are taxed.

Her Majesty’s Revenues and Customs (HMRC) yesterday issued the world’s largest crypto-specific tax advice document as it set out the guidelines for how UK investors should be paying duty on their earnings from currencies like Bitcoin, Ethereum and Ripple.

The massive 4,400-word document is designed to sweep up existing tax issues as well as create clarity for investors as the government and Bank of England look at how to cash in on the rise in popularity of cryptocurrency.

According to an article in the Daily Express today, it is believed the Bank of England has been exploring opportunities with cryptocurrency for several years while Whitehall select committees have been examining what contribution cryptocurrencies can make to the UK economy.

The move has been welcomed by some of the UK’s leading academics in crypto finance.

“It’s going to get very uncomfortable for the bad guys, and a whole lot better for the good guys,” says Professor William Knottenbelt, Centre Director of the Centre for Cryptocurrency Research and Engineering at Imperial College London.

“It’s long overdue, and I think the government has spent a long time working out what its relationship should be with decentralised technology that could then be taxed.” 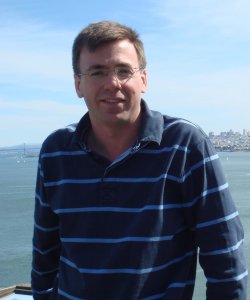 Prof Knottenbelt told the Express that the move also paved the way for regulation.

“There has definitely been a general increase in regulation and identity checking across the industry, and that shouldn’t be seen as a bad thing because, if you’re a bad actor with a lot of crypto hidden out there, you’re now going to have a very hard time moving it around.

“This should be seen as a very positive development, as in the space is being cleaned up a lot.”

The top academic suggested the government would be keen to explore further uses for blockchain as it would actively assist with forensic accounting techniques.

“Blockchain technology logs everything like a crime scene – nothing escapes it,” he said

“Far from being a murky and dirty space, a lot of the properties of blockchain allow you to operate a cleaner market.”

He also said he believed the government would not be happy for people to think of cryptocurrency as a form of money.

“A nation state would want to take that attitude,” he said

“They’re only looking to regulate on exchange tokens like Bitcoin or Ethereum and so on, so they have obviously thought about this and decided they would want to bring the tax treatment in line with things like shares.

“It’s still very sensitive to individual circumstances and according to your level of involvement.

“In the case where employers are paying employees in cryptocurrency, if that is their main form of payment then there is no reason why they shouldn’t be taxed.

“Once you start to pay your taxes in Bitcoin – like in Ohio – you’re moving up the scale of what you can do with crypto. This is a good move, and people in the space who want to conduct themselves properly now know where they stand.”

“It is good news that the UK tax authority is leading the world for individual investors – although FINMA, the Swiss authority, already issued guidelines for institutional investors almost a year ago,” says the leader of the Crypto Market Risk Group at the University of Sussex.

“It seems clear that capital gains tax will be applied to individuals – no additional taxes. However, what is not yet clear is whether the many traders that have lost 90% of their investment over the last year will be able to offset the loss against capital gains on traditional assets such as US equities.” 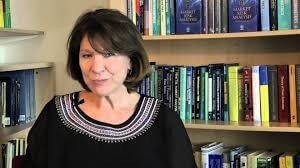 Although unable to address Prof Alexander’s concern, a spokesman for HMRC said the body was working hard on “our understanding of this complex area”.

“This new guidance will help people better understand the tax implications from the buying, selling and holding crypto assets,” the spokesman says.

“For the individuals that may have invested small amounts into ‘cryptocurrencies’, it is very unlikely they will have to pay any additional tax.”

Although welcomed by experts keen to see the industry cleaned up, Prof Alexander did suggest the guidelines were wide open to abuse.

“We need clarity on how HMRC aim to overcome the challenge of pseudo anonymous trading on exchanges (like Tidex in the UK) having poor KYC practices,” she says.

“Are they going to restrict lawful trading to Coinbase and the handful of other exchanges with traceable wallet addresses?

“If not then it will be very simple for ordinary investors to hide profits from HMRC.”

Meanwhile, Iqbal Gandham – UK managing director of eToro – says he doesn’t believe the issuance of the guidance is an attempt by Westminster to squeeze money out of British crypto investors. 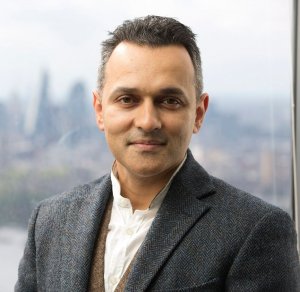 “This is not the government looking to cash in, rather it’s the government updating existing guidelines to include cryptoassets,” he told Coin Rivet.

Mr Gandham does, however, believe it will open the doors for businesses and the UK government to begin using more crypto assets.

“This new report is a clear statement of intent from the government that they are looking to make regulation around cryptoassets much clearer in 2019,” he added.

“In providing greater regulatory clarity, the government paves the way for more businesses and individuals to start using cryptoassets.”

5 blockchain fintech start-ups and what they’re up to

Former Goldman Sachs partner, Mike Novogratz, has said that 2020 will prove to be an important year in the history of Bitcoin as it looks like it may retest...