Is the world’s biggest ever consumer giveaway about to happen with Stellar?

Blockchain – the leading software provider for cryptocurrency – has suddenly announced it is about to airdrop $125m (£95.5m) of Stellar Lumens to its users.

The out-of-the-blue announcement was made by Blockchain CEO and co-founder Peter Smith as he revealed the company’s partnership with the Stellar Development Foundation.


Is the world’s biggest ever consumer giveaway about to happen with Stellar?

The first batch of the huge drop will begin this week as recipients with registered Blockchain wallets will receive lumens – Stellar’s native digital currency – for free.

“Providing exclusive access to the next generation of cryptoassets allows new and existing users alike to test, try, trade, and transact with new, trusted cryptoassets in a safe and easy way.

“We’re empowering our users with private keys, which allow them to go beyond just storing their crypto to actually using them. 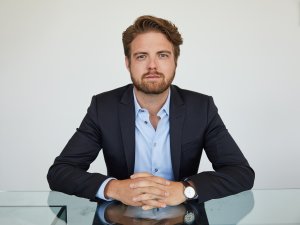 “In turn, we can help build a bigger and more engaged crypto community, and drive network effects that make the ecosystem more useful and valuable for the many rather than the few.”

Too good to be true?

The sudden move has raised eyebrows among crypto experts – with several immediately suggesting the offer was too good to be true.

Coin Rivet columnist and expert Jon Walsh welcomed the move, but urged caution on the motives behind the airdrop.


How do ‘we’ show Joe Public that decentralisation isn’t big and scary?

“What a wonderful marketing exercise this is,” he said.

“The cost to Stellar is virtually zero, and the intention for Blockchain.com to cross in to the mainstream is obvious.

“The devil with these things is always in the detail – do consumers need to apply for their airdrop or is it automatic with no further requirement beyond having a Blockchain.com wallet? Are the Lumens locked in anyway from not hitting the exchanges and seeing a mass sell off?

“Although there is nothing negative here for the consumer, let’s not pretend that this is a wonderful act of altruism. I hope it pays off for all concerned.”

His thoughts were echoed by crypto analyst Dominic Frisby who suggested the giveaway was an exercise in getting people involved.


A bad, painful week, with a little bit of downward bias

“I’ve long been a fan of Stellar. I’m less keen on blockchain.info due to a hacking incident back in 2014, without which I would now be richer than Croesus and up there with most Bitcoin OGs,” he said.

“Nevertheless, systems have improved. Forgive and forget and all that.

“‘There is no such thing as a free lunch’, runs the saying, but in the early days people used to give Bitcoins away in order to get people involved.

“It looks to me like Stellar and Blockchain are doing something similar.

“When the internet is free, you are the product. That’s what’s going on here. They want to get you involved. It’s like crack dealers handing out free wraps to get you hooked. Only there is considerably more upside to free stellar than there is to crack cocaine, without the downside risk of it ruining your life.”

“We were looking for a protocol and network built for scalability, with an active and rapidly growing ecosystem,” added Peter Smith.

“Stellar was a clear front-runner and we’re excited to be working with their world class team.”

Explaining the reason behind dedicating $125m of crypto to the airdrop, Jed McCaleb – co-founder of the Stellar Development Foundation – said the move was a way to amplify the network’s use.

“We believe that airdrops are central to creating a more inclusive digital economy,” he said.

“Giving away Lumens [XLM] for free is an invitation to communities to design the services they need.

“Our hope is to eventually have global citizens own and use Lumens, in both developing and developed economies.

“By working with Blockchain to increase the availability and active use of Lumens on the network, leveraging their almost 30m wallets, we will increase the network’s utility by many orders of magnitude.”

As part of the airdrop, Blockchain is also partnering with a number of charities and organisations.

A newcomer's view of the weird and wonderful world of cryptocurrency

Malta Blockchain Summit round up