Mark Zuckerberg will warn US lawmakers that China will race ahead in crypto if Libra is shackled.

The Facebook CEO also admitted legislators are right to be concerned about the social media giant’s planned cryptocurrency.

But he adds that America risks lagging behind as it debates the issue, in a prepared statement before he faces the House Financial Services committee today.

The Chinese government announced it will launch its own cryptocurrency to rival Facebook’s looming Libra coin.

Libra is a blockchain digital currency planned to be launched in 2020. The social media giant aims to let its nearly two billion users pay and send digital cash using Libra.

Speaking about global cryptocurrencies, Zuckerberg admitted “we’re not the ideal messenger right now” because of concerns over privacy breaches, fake news, and allegations of political bias. 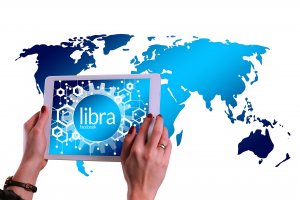 Libra is under scrutiny

He added: “We’ve faced a lot of issues over the past few years, and I’m sure people wish it was anyone but Facebook putting this idea forward.

However, Zuckerberg adds: “While we debate these issues, the rest of the world isn’t waiting.

“China is moving quickly to launch similar ideas in the coming months.

“If America doesn’t innovate, our financial leadership is not guaranteed.”

Libra has come under fire from financial regulators across the world.

He issued a joint statement with his German counterpart, Olaf Scholz, urging the European Central Bank (ECB) to “accelerate its thinking on a public digital currency”.

Yesterday we reported that Russia may ban Facebook and Telegram if the US decides to block the launch of Libra.

According to President Vladimir Putin’s special representative for IT, Dmitry Peskov, if Libra launches without sufficient control measures, “the likelihood of Facebook being blocked” will increase in Russia.

Peskov did later admit that if Russia was to eventually block Libra or Telegram’s cryptocurrency, the decision would be a response to decisions made in Washington.

LIVE: Zuckerberg testifies before US House on Libra