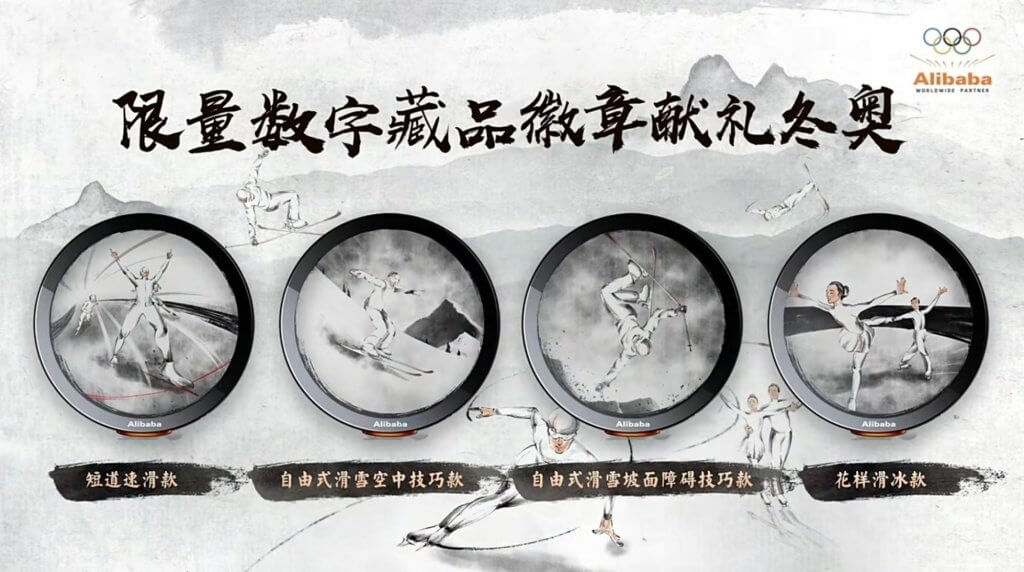 Alibaba’s inaugural NFT collection, which has 8,888 copies of each badge available, will be purchasable on Alibaba’s ‘Taobao’ and ‘Tmall’ online marketplaces until February 20 – the closing date of the winter games.

The first NFT from the collection, which features a speed skater crossing the finish line, sold out almost instantly after it was released on Saturday.

According to the SCMP – which is owned by Alibaba – the designs are being offered to potential buyers as “digital collectables” in a bid to differentiate them from NFTs, which are blanket-banned in Beijing due to its ban on cryptocurrency transactions.

Ownership of the pieces also comes with some slight restrictions too – with the company saying holders are “barred from using the digital collectables for any commercial purpose”.

Tokyo started to distance itself from cryptocurrencies back in September when leading exchange Huobi announced the closure of all China-based accounts by 2022 alongside enforcing a ban on Bitcoin mining within China in October.

China now looks set to implement a CBDC system via a ‘digital Yuan‘, which has so far been well received by early adopters of its native wallet.