Altered State Machine (ASM), the leader in web3 artificial intelligence, in partnership with Muhammad Ali Enterprises and Authentic Brands Group (ABG), today unveil details surrounding ‘Muhammad Ali — The Next Legends.’ In the world’s first metaverse boxing game, thousands of unique boxers, in NFT “forms” with NFT “brains,” will train and compete in a world rooted in the historic legacy of Muhammad Ali. Users can get an early glimpse of the upcoming revolutionary play-and-earn game, follow the development journey and start their pilgrimage toward becoming ‘The G.O.A.T.’ on the newly launched website: www.thenextlegends.xyz.

‘Muhammad Ali — The Next Legends’ is part of ASM’s new long-term partnership with Authentic Brands Group (ABG), which owns Muhammad Ali Enterprises in partnership with Lonnie Ali, who is a trustee of the Muhammad Ali Family Trust. The game will be driven by ASM’s artificial intelligence protocol, while web3 creative factory Non-Fungible Labs leads the visual game and character design. This partnership is the first of many for ABG’s brands within the ASM ecosystem. 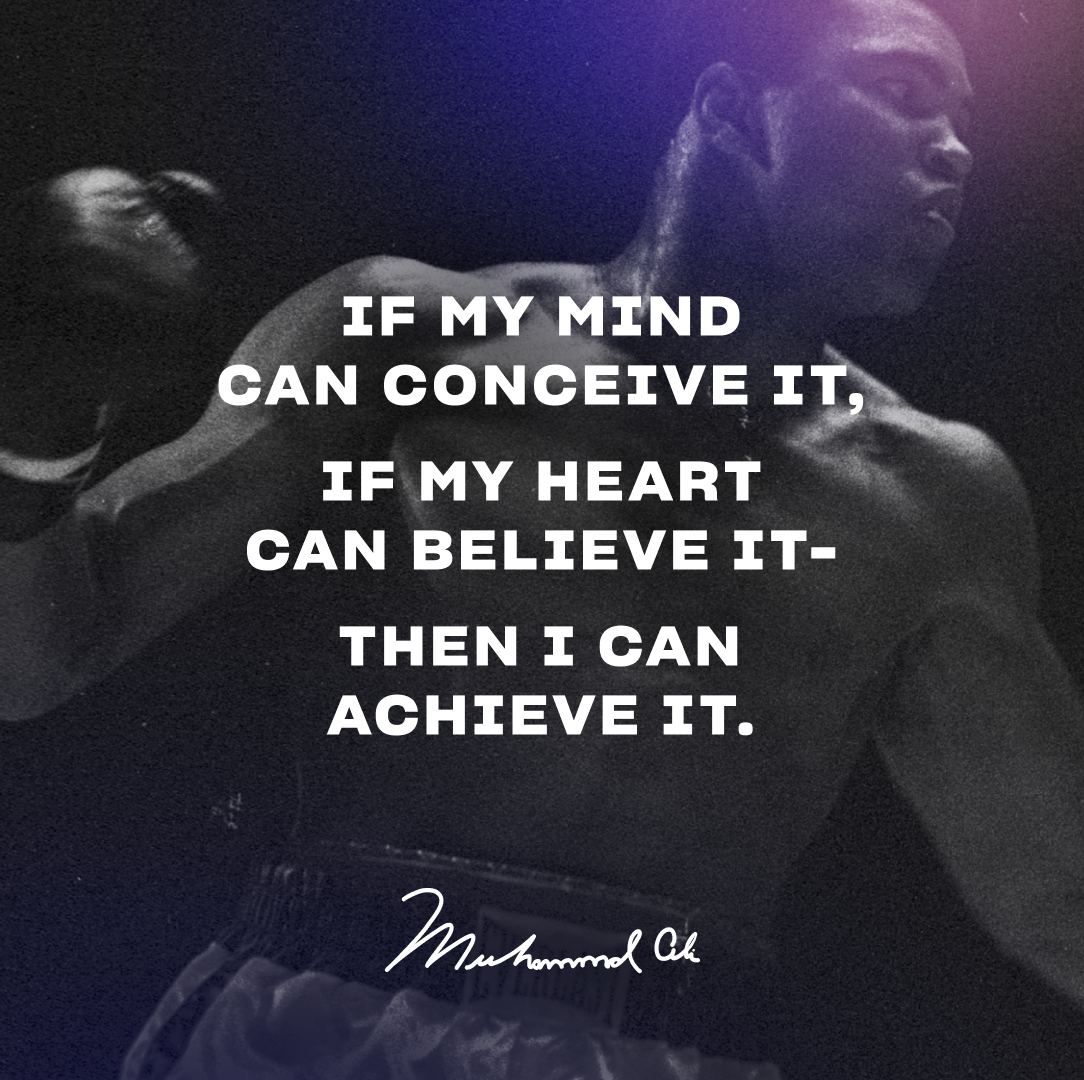 When ‘Muhammad Ali — The Next Legends’ launches, players will be able to collect unique NFT boxers powered by ASM’s artificial intelligence, train them and compete for the first time in a fully AI, web3 combat experience. Players will eventually need to unite two NFTs to play the game – an ASM Brain, which is also an NFT, with their boxer.  Utilizing “Artificial Intelligence Gyms,” a signature component of the ASM Protocol, owners will train their brain on the skills needed to win a match (i.e., agility, endurance, stance, sparring, jabs, hooks and uppercuts). Following in the footsteps of the 3-time world champion, the goal of the game will be to train and develop your boxer and win matches against other boxers to eventually become “The Next Legend.” Each 3D boxer is completely unique in both the physical character model and its mental ability. Minting dates for boxers and additional game details about the game will be revealed in the coming months.

“We are incredibly excited and honored to welcome world-renowned icon Muhammad Ali into web3,” says David McDonald, CEO of ASM. “ABG’s portfolio of world-leading brands make them the ideal partner to introduce NFT-curious consumers to the metaverse. Our Non-Fungible Intelligence powers and revolutionizes web3 gaming by allowing NFT owners to train their characters, producing limitless possibilities and interoperable use cases in the metaverse.”

“We are thrilled for fans to immerse themselves in the world of ‘Muhammad Ali — The Next Legends’,” said Marc Rosen, President, Entertainment at ABG. “ABG is delighted to kick off this unique partnership with ASM by using the strength of our brands to positively contribute to storytelling behind ASM’s innovative technology.”

“Our team is so proud to be on the cutting edge creating an entire digital world inspired by Muhammad Ali,” says Alex Smeele, CEO at Non-Fungible Labs. “The Next Legends project is a huge endeavor as we are working to ensure every single aspect and character is unique and one-of-a-kind. These boxers have distinct personalities and characteristics and it’s been an adventure for our team to build.”

Altered State Machine (ASM) are leaders in the democratization of Artificial Intelligence, creating a world where the value of A.I. flows directly back to the community. ASM’s revolutionary protocol allows everyone to own and utilize A.I. via NFT Brains, also known as Non-Fungible IntelligenceTM. Non-Fungible IntelligenceTM is interoperable across avatars, games, worlds and other Web3 applications, and is trained and owned by each individual user. Join the movement for decentralized Artificial Intelligence with Altered State Machine. Follow ASM on Twitter, Instagram and Discord.

Non-Fungible Labs is a web3 dream factory based in Auckland, New Zealand. With an existing ecosystem of successful projects, including FLUF World, NF Labs are working closely with a range of partners to co-create fun and immersive decentralized content on their mission to empower everyday creatives in the development of an open metaverse. Follow NF Labs on Twitter, Instagram and Facebook.

Muhammad Ali is one of the most influential athletes and humanitarians of the 20th century and has created some of the most legendary moments in sports and civil rights history. More than 50 years after he emerged as a Gold Medalist in Boxing at the 1960 Rome Olympics, Ali’s legacy extends beyond the ring and he continues to be widely recognized as one of the most celebrated and beloved icons of all time. His incomparable work ethic, signature boxing techniques, and fearlessness towards standing up for his beliefs, all contribute to the legend that is Muhammad Ali. Among his countless awards and accolades, he was named Sports Illustrated’s “Sportsman of the Century,” GQ’s “Athlete of the Century,” a United Nations Messenger of Peace, and has received the Presidential Medal of Freedom and the Amnesty International Lifetime Achievement Award. Muhammad Ali’s legacy is celebrated across cultures and continues to inspire today’s most influential athletes, artists, musicians and humanitarians around the world. Follow Muhammad Ali on Instagram, Facebook and Twitter. 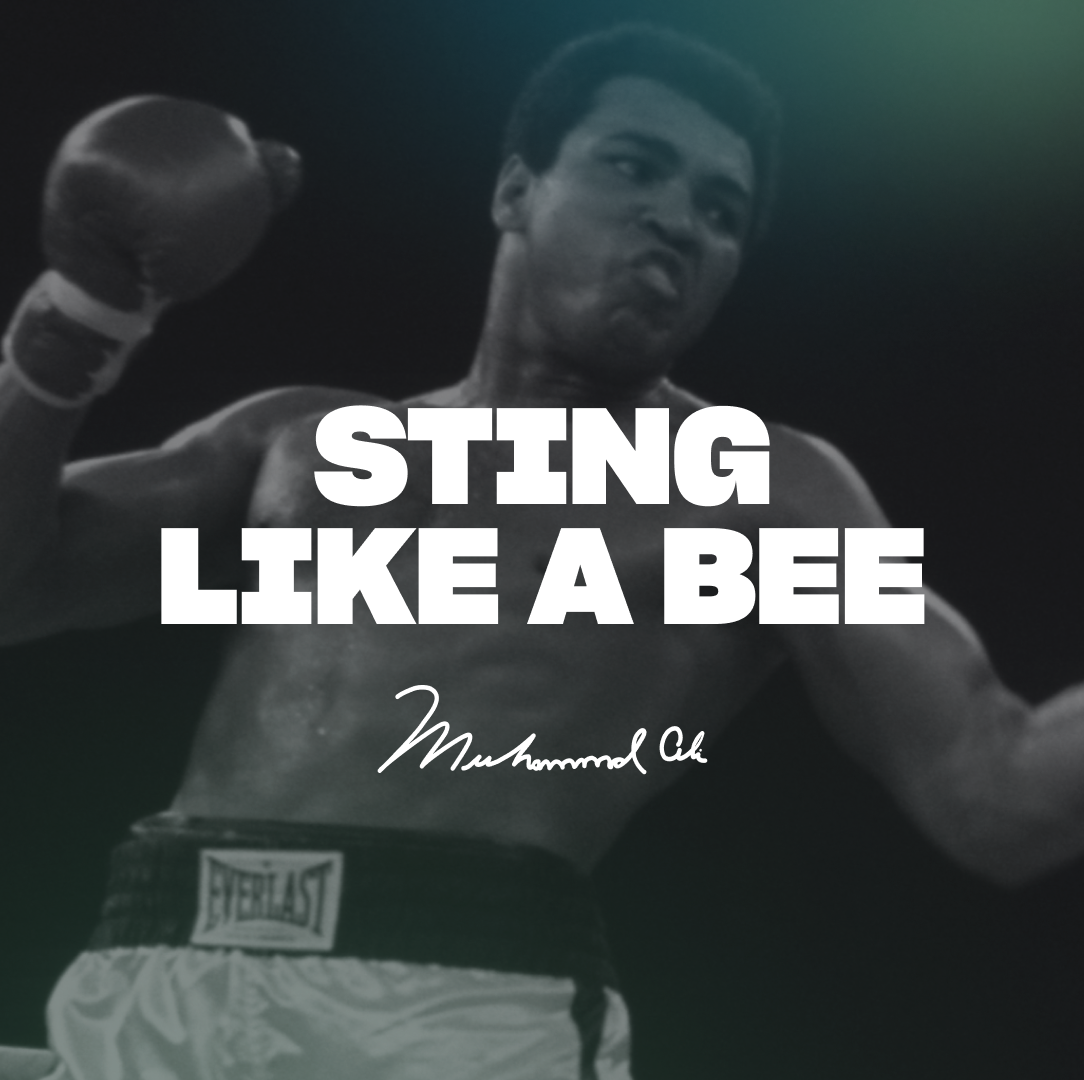 Authentic Brands Group (ABG) is a brand development, marketing and entertainment company, which owns a portfolio of global media, entertainment and lifestyle brands. Headquartered in New York City, with offices around the world, ABG elevates and builds the long-term value of more than 50 consumer brands and properties by partnering with best-in-class manufacturers, wholesalers and retailers. Its brands have a global retail footprint across the luxury, specialty, department store, mid-tier, mass and e-commerce channels and in more than 6,100 freestanding stores and shop-in-shops around the world.

ABG is committed to transforming brands by delivering compelling product, content, business and immersive experiences. It creates and activates original marketing strategies to drive the success of its brands across all consumer touchpoints, platforms and emerging media.