BGaming breaks down crypto trends in iGaming for 2022

Maltese gaming provider BGaming has released a report analysing trends expected to take hold across the iGaming industry over the coming months.

Cryptocurrencies and smart-contract gaming solutions are establishing themselves as staple fixtures in online casinos across the world, as the industry embraces opportunities to attract a new generation of players.

Analysts at BGaming have tipped engaging mechanics as a key area of development focus in response.

A younger audience requires innovative gameplay, and the emergence of crypto gambling has created avenues for trailblazing mechanics such as the engaging ‘crush’ mechanism – piloted by the phenomenal Crush Conquest and Crush Dynasty games.

In a crush, the spinning reel is replaced with an object (such as a sculpted Aztec head) – the player then sends balls down one of two chutes, which are then crushed by the object to yield rewards if timed correctly – this can also be extended to multiplayer functionality and incorporate dynamics such as compounding successful crushes.

Hypercasual is the theme of the year

Aleksey Ulanov (Art Director at BGaming) has pointed to the barebones ‘hypercasual’ aesthetic as the industry’s design preference this year.

“Hypercasual style was invented by programmers who didn’t worry about design,” claimed Ulanov. 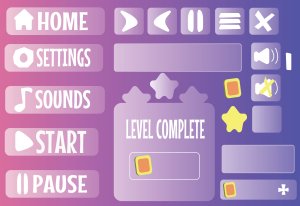 (An example of typical hypercasual aesthetic)

This is of increased importance as the rise of crypto heralds a new dawn of globalised iGaming, with simplified graphics enabling users in countries with low-internet penetration the opportunity to participate in high-octane games.