Formula One team Oracle Red Bull Racing have signed a landmark deal with cryptocurrency exchange Bybit in what’s being touted as the largest ever crypto partnership with a sports team.

The multi-year deal sees Bybit become a ‘Principal Team Partner’ and the official ‘Cryptocurrency Exchange Partner’ at Oracle Red Bull, along with the introduction of a number of collaborative efforts to boost fan engagement.

As part of the record-breaking deal – which is believed to be worth upwards of £100 million – the partnership fee will be paid in a combination of cash and BIT, BitDAO’s native governance token. 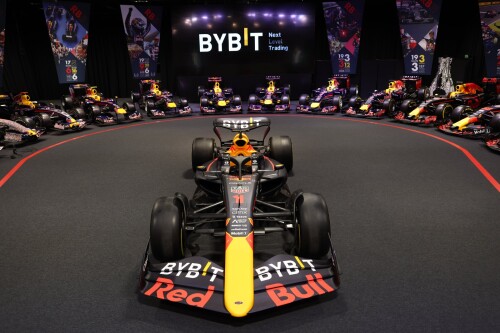 “It’s fitting that as we enter a new generation of competition of F1 in 2022, with an advanced and potentially game-changing new philosophy of cars taking to the track, that Bybit also exists at the cutting edge of technology.”

Oracle Red Bull’s foray into the crypto space is the latest in an ever-growing number of partnerships between Formula one teams and cryptocurrency exchanges.

FTX signed a long-term sponsorship deal with Lewis Hamilton and Mercedes last year that saw the FTX logo emblazoned on both the cars and drivers whilst Binance entered the ring with a fan-token deal for Team Alpine that will see the new ‘Alpine A522’ car display the Binance logo.

Fellow exchange Crypto.com also partnered with F1 team Aston Martin Cognizant and launched a collection of NFTs dedicated to its return to the racing circuits.

NYSE set to enter the metaverse with NFT trademark listing