The United Nations (UN) has reportedly urged members of the crypto community not to go to an international conference to be held in North Korea next month.

News agency Reuters, which has seen an upcoming report by UN sanctions officials, reports that attendees of the conference, which will take place in capital Pyongyang between February 22 and 29, are likely to violate UN sanctions.

Last week, he was formally indicted in New York for “conspiracy to violate the International Emergency Economic Powers Act”.

Griffith, 36, was apprehended upon his return from a cryptocurrency conference in North Korea.

If Griffith is convicted, he faces a maximum jail term of 20 years. 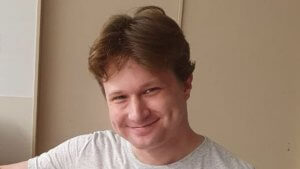 While Griffith claims he was in North Korea to deliver a conference speech, FBI investigators have accused the 36-year-old developer of helping North Korea to learn technical aspects of blockchain technology.

The US Attorney’s Office for the SDNY gave a statement in December 2019 claiming Griffith had been formally warned on more than one occasion not to travel to the secretive Asian state, which officials described as “one of the United States’ foremost adversaries”.

North Korea is attempting to exploit cryptocurrencies to get around US sanctions, and hackers from the country are believed to be behind a rash of crypto crimes.

Since the beginning of 2019, North Korean agents have reportedly attempted five major cyber-thefts worldwide, including a successful $49 million theft from an institution in Kuwait.

Kim Jong-un’s regime recently angrily denied North Korea has been using an army of hackers to siphon off $2 billion from the world’s crypto exchanges and banks.