One week after the launch of Meebits, its minting contract was attacked, stealing over $1 million in NFTs. Although the team suspended the minting and trading in time to stop it, the project’s trading volume was affected for half a year. It was only in January of this year that Meebits’ trading volume was restored. According to Footprint Analytics data, daily trading volume in January was as high as $400 million.

How does the Meebits attack affect users’ perceptions? And what is its correlation with CryptoPunks?

How Meebits Recovered After Attack

Meebits is a collection of 20,000 unique 3D voxel characters and is the third collection from the Larva Labs team. It was boosted by the popularity of the first CryptoPunks NFT collection and was able to generate over $550 million in sales for the team.

On March 12, Yuga Labs, the company behind BAYC, announced the acquisition of Larva Labs to develop the CryptoPunks and Meebits NFT IP series, which is basically the purchase of unlimited commercial rights.

This acquisition increased the average price of Meebits on the secondary market from 3.5 ETH to 7 ETH, while the Meebits series saw an increase in trading volume between March and April. Since then, daily trading volume has decreased due to the turmoil in the crypto market in May, but Meebits’ market cap has remained at approximately $730 million, an increase of 1,239.9% YoY. 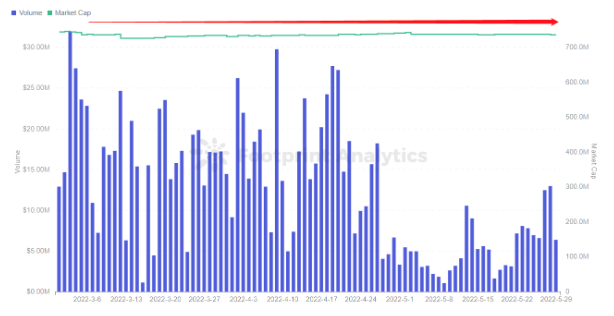 Upgrade from 2D to 3D

Meebits are more like an upgraded version of CryptoPunks. CryptoPunks are pixelated 2D icons, while Meebits are voxel-rendered 3D characters, upgraded from head stickers to dynamic voxel puppets, consisting of a variety of commonly used NFT collectibles of different elements. 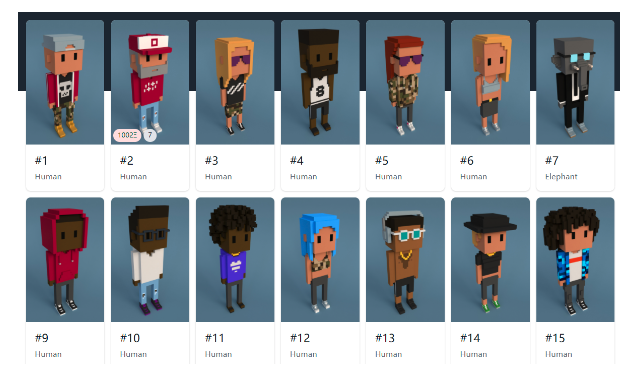 In addition, the biggest innovation of Meebits is that it changes from a static NFT to a dynamic NFT and becomes a real 3D character. Of course, as with CryptoPunks, what determines the value of Meebits is the order in which they are minted, with earlier ones usually being more valuable than later ones.

Meebits has a lower barrier to entry than CryptoPunks

Since CryptoPunks is a symbol of online identity in the NFT sector, Larva Labs hopes to lower the threshold for users to buy pixelated avatars by creating the Meebits project. In terms of supply, Meebits is twice as large as CryptoPunks, with CryptoPunks at 10,000 and Meebits at 20,000.

Footprint Analytics shows that in the first half of 2022, even with the volatility of the NFT crypto market, the average price of Meebits NFTs remained relatively stable.

As of May 29, Meebits had a floor price of 4.19 ETH, while CrytoPunks had a floor price of 45.3 ETH. This also means that Meebits are cheaper and easier to obtain for players who want to have pixelated avatars. However, in the order of casting as stated above, CryptoPunk is the earlier and far more valuable collection.