What is so Innovative About Crazy Defense Heroes?

While tower defense games are a staple on mobile, this genre has failed to take off in GameFi. That is, unless Crazy Defense Heroes (CDH)—which has already risen to become the fourth largest game on Polygon by users—continues to grow.

What is Crazy Defense Heroes?

CDH is a tower defense game from Animoca Brands where users must stop a series of enemies moving from point A to point B using defensive props. Players will earn tokens TOWER in the game.

Unlike many crypto games, CDH first launched in late 2017 as a regular mobile game with a large user base, and incorporated the ability to connect wallets in May 2020. Animoca called this the “Tower Experiment”, a combination of traditional free-to-play and P2E in blockchain games, with the goal of bringing the NFT, DeFi and governance features of the blockchain to the game while keeping traditional games balanced and fair. 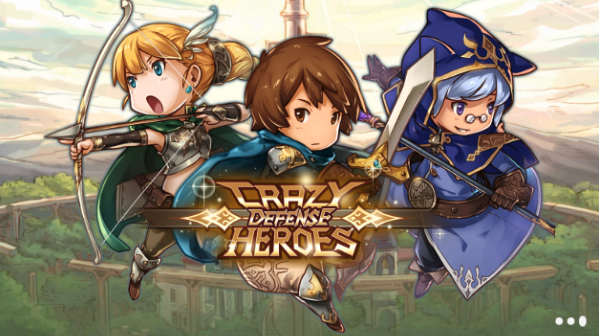 CDH started as a mobile game and has already accumulated over 2 million downloads. CDH games have beautiful graphics and more content than the current blockchain-native GameFi projects. The game has a more complex card upgrade system, resource collection, and a variety of heroes, buildings and spells, as well as the ability to join guilds.

CDH’s business model has been proven off-chain, attracting a large number of loyal players even without the additional benefit of P2E attributes, not the least of which are paying players.

Compared to many GameFi programs that require players to purchase NFTs before playing, CDH requires no pre-payment, lowering the barrier to play.

Even non-crypto players can easily start playing, and it’s a pleasure to connect to the wallet and receive tokens after completing tasks. Compared to the native projects on the chain, CDH seems to have achieved a more realistic play-to-earn.

CDH also launched a revenue sharing competition, inviting players to promote the game on Instagram to win $TOWER. Data from Footprint Analytics shows the project saw a 2 to 3 fold increase in active users in early March, but dropped again in early April when the daily star chest event, which is available to earn tokens daily, was suspended.

The game’s daily new user ratio is not outstanding, and it is mostly from the old users who maintain the daily active users. This can also be seen from the retention rate, which is as high as 59% for new users after one month and over 20% on average after two months.

CDH has issued only one token, $TOWER, with a fixed total supply of 10 billion, that was minted in a one-time event on February 25, 2021. 30% of this supply has been allocated to players to earn, followed by 15% for marketing, and another 15% for the liquidity pool and the same amount for the team and for the company reserve at, and 10% for the Community Development Fund.

Players can obtain TOWER in the following ways:

As you can see, CDH is still early in the process of being on-chain and TOWER is not hard to obtain, but the token price is not great either. According to Footprint Analytics data, the highest price was just $0.13 and, as of April 14, the price has dropped to $0.022. While the team is improving the on-chain gaming system, more design is needed on the tokenomices to make it work.

CDH has taken a different path than most GameFi projects, as it has evolved from off-chain to on-chain. Its playability speaks for itself, and thus its high retention rate stands out among many GameFi projects.

However, the combination with blockchain needs more polish and more refinement regarding the overall economic model. Some players also said that problems often occur when connecting game accounts and receiving rewards. With the current price of TOWER, the rewards obtained may not be enough to pay for gas.