What caused the explosive rise of this game, which is still in beta mode?

Launched in November 2021, Elfin Kingdom is a blend of decentralized farms and NFTs, with gamification elements synthesized into one game.

Backed by a $5.25 million private round led by Binance Labs and Alameda Research on Dec. 16, Elfin Kingdom introduced a number of interesting gameplay options that attracted many players to the game during this period.

Players can play different roles in the Manor, becoming a farmer or a landowner to earn $ELFIN token and food.

Farmers can rent fields from landowners to grow, and landowners will receive 20% of the proceeds when the crops mature. In addition, the landlord needs to maintain his own farmland within 24 hours, otherwise the farmer who is attached to it will share 5% of the landowner’s earnings.

The purpose of the factory is to raise the rarity of the Elfin. Players can seal Elfin into gems and summon higher-level Elfins.

Players can level up their Elfins in PVP battles with other players in the arena. It is the same as Starsharks and Axie Infinity, with 3 Elfins to battle, of which you can use your own captured Elfins or buy them in the NFT market.

However, the attributes of Elfins purchased in the market will be higher than those of free capture. In fact, this mode not only provides a free trial, but also encourages players to pay to buy and play.

The hospital is a place to treat Elfins wounded in battle, and it takes 24 hours to fully recover. If you want to recover faster, you can use potions. Players can purchase potions through the Elfins Market, where there are also Elfins, Elfin Catchers, and food items.

Players can save here and earn interest to increase their hard-earned wealth.

Elfin Kingdom uses a dual-coin model, with $ELFIN as the governance token and $KING as the game token. However, the price of the tokens $ELFIN and $KING has not yet been announced.

$ELFIN is used as a governance token that allows holders to participate in community governance through Kingdom’s DAO and receive rewards through the alliance.

Players can use tokens to trade land, trade sprites, process factories and stake.

In addition, users can also get $ELFIN by staking such as BNB, BUSD and BUDC. Since the token price has not been announced, the user’s wallet address will be recorded after the stake, and the token will be issued to the user after the price is announced.

Unlimited supply of $KING tokens. It can be used to purchase in-game items such as Elfin Catcher, skill cards, potions and other food items.

Once $KING is spent, it is burned, so this emission controls the supply of tokens.

How Did Elfin Kingdom Attract So Many Users in Beta Testing?

According to Footprint Analytics, Elfin Kingdom had 210,000 total users as of March 29. It ranks 13th among many blockchain GameFi projects, and ranks 10th on the BSC chain. 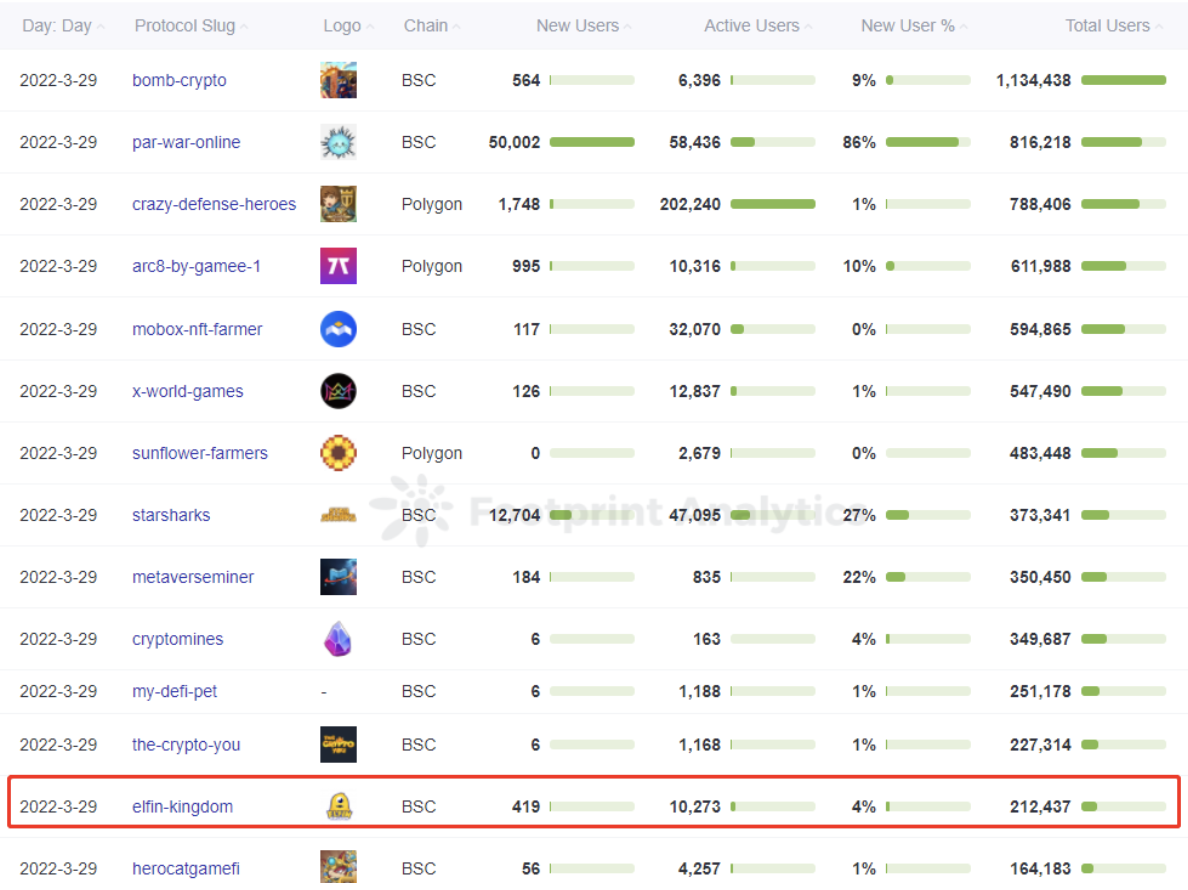 The surge in users of Elfin Kingdom is divided into two phases, as shown by the number of daily users. 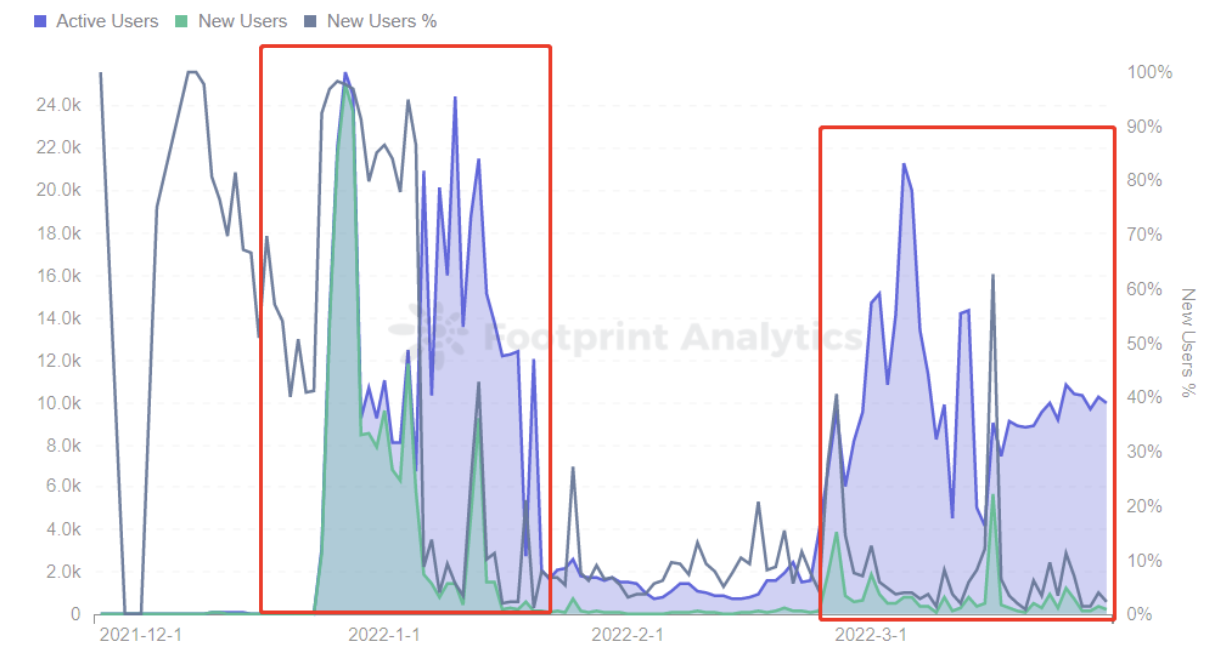 Elfin Kingdom has a variety of gameplay which is somewhat similar to Axie Infinity. However, the project is in an early and highly volatile stage, with many features still in development or unreleased.

Despite this, it has attracted many users through the support of Binance Labs funding and the advantage of low threshold. The total number of users has remained in the top 10 projects of the BSC chain protocol for 3 consecutive months.

4 questions to ask before investing in a GameFi project