Despite being tipped to have a strong second half of 2019 following its third ‘halving’, Litecoin has struggled to maintain any positive momentum and has subsequently fallen in price by more than 18% since the block mining reward was slashed from 25 to 12.5 earlier this month.

It’s worth noting that leading up to the halving, Litecoin experienced five months of solid price action to the upside, rising by more than 350% as retail traders latched onto the hope that Litecoin would continue to rally after the halving.

However, the reality is that the halving seems very much like a ‘buy the rumour, sell the news’ type of event, with seasoned traders taking profits weeks before the event took place.

Litecoin is currently battling with the 200 exponential moving average (EMA) on the daily chart, which is at $88. A daily close above this level could establish a platform leading up to a surge in price over the coming days, but a close below could signal a move to $79 and even $70.

With optimism surrounding Litecoin – and altcoins in general – slowly dwindling, focus has switched back to cryptocurrency’s largest asset, Bitcoin.

Bitcoin has been the only cryptocurrency to establish a level of support in the same region as June’s breakout, with price currently hovering around $11,350. 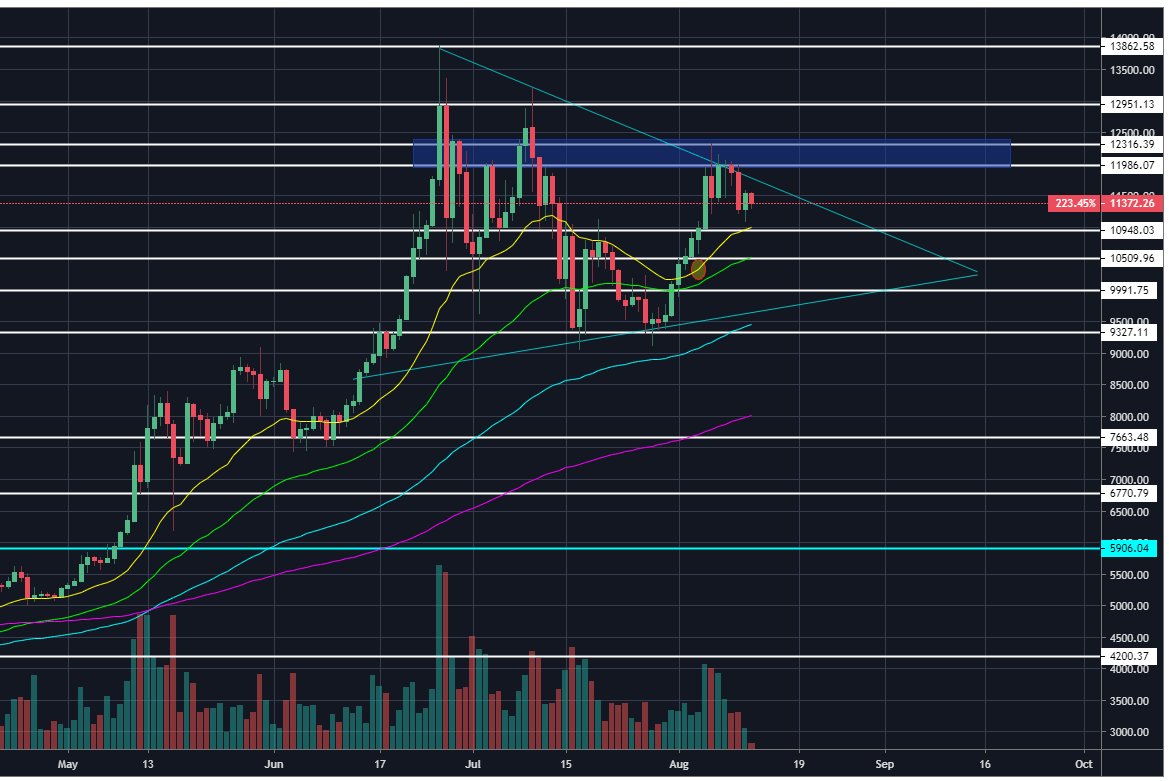 The next hurdle for Bitcoin is breaking out of the symmetrical triangle that dates back from June 26, creating three lower highs along the way.

The lower side of the triangle is currently coming in just below $10,000, while the upper side is at $11,650, meaning that a breakout could be on its way in the coming days.

If Bitcoin breaks the triangle to the upside, we can expect to see altcoins like Litecoin fall further against their respective BTC pairs. This is due to the ongoing surge in Bitcoin dominance that has seen Bitcoin capture 70% of the entire cryptocurrency market cap.

Want to win big money? eSports may be the answer…

Blockchain operator NEM has announced a partnership with Simplex, a fiat infrastructure provider, to make the NEM’s native XEM token available for purchase by credit and debit card. Simplex...

Fireblocks secures $150B in digital assets amid Europe expansion