A pair of businessmen in Macau will face trial over an alleged cryptocurrency mining scam.

The Macau Judiciary Police told the Macau News Agency (MNA) that 43 out of the 71 investors connected filed a criminal complaint against Mr Rosário for suspected fraud.

The first trial session is scheduled for June 2 2020. 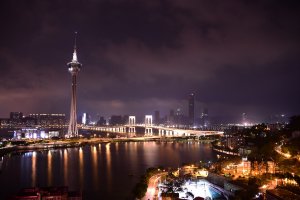 Macau is a major financial centre

Local press reports Rosário’s parents both invested in the project.

After the arrest, Lau claimed Rosário had altered some of the investors’ contracts without consent, so Rosário filed a defamation case against Lau in response.

The MNA has attempted to contact Lau while Rosário is refusing to comment until he has spoken to his lawyers.

Cryptocurrency scams have been hitting the headlines a lot in the tail end of 2019.

The four-month investigation came to a close on Thursday with police filing charges of fraud, money laundering, criminal association, and forgery against the group of alleged fraudsters.

During the World Economic Forum (WEF) in Davos last week, a number of panels featuring some key influential figures looked to address the growing trend of central bank digital currencies...

With the uncertainty surrounding the launch date of Facebook’s highly anticipated Libra project, scammers have now taken to Twitter to flog a fake Libra Initial Coin Offering (ICO). The...

Bitcoin has $10,000 in its sights amid bullish breakout

Bitcoin is on course to test the psychological $10,000 level of resistance in the coming weeks after breaking out of the $9,300 level yesterday evening. BTC surged all the...