Coin Rivet spoke to the CEO of Non Fungible Heroes about community, brand ambitions and storytelling through NFTs

NFTs have become the hottest property in the crypto industry due to their colourful artwork, collectable nature and the aspect of community building within NFT projects.

Now, with the vast amount of NFT projects out there, the best have separated themselves through building strong, inclusive communities and focusing on aspirations outside of crypto like leveraging the branding, intellectual property and media rights of their art.

Coin Rivet spoke to the CEO of Non-Fungible Heroes (NFH) – Michael Schaiman – about the importance of community, its media and entertainment ambitions and the power of storytelling using NFTs.

The first question posed to Schaiman was arguably the most important for the project – how integral is the community to Non Fungible Heroes?

“The NFH community is really critical to the storytelling and process”, he answered.

“Not only are we utilising interactive experiences to help drive the narrative, but the concept of decentralisation as it applies to the entire NFT space and is something that we’re embracing. It’s really about the decentralisation of creative.”

“The first step in our journey is establishing Non-Fungible Heroes as a media and entertainment brand, and pushing into Hollywood in kind of a new way,” he said.

“Originating media and entertainment property from NFTs, the next step goes from comic books, to television, to theatrical, but it certainly is going to go beyond that from a utility perspective.”

The utility offered by the project also “expands to the wider community,” he added.

“We have one of the more active and positive communities that I’ve seen in the space. There are other ways that we’re driving utility to our owners like educational sessions involving personal finance and taxes, to security, to metaverse experiences.

“Beyond that, we are laying the foundation for a much broader and more expansive effort in other areas this coming year.” 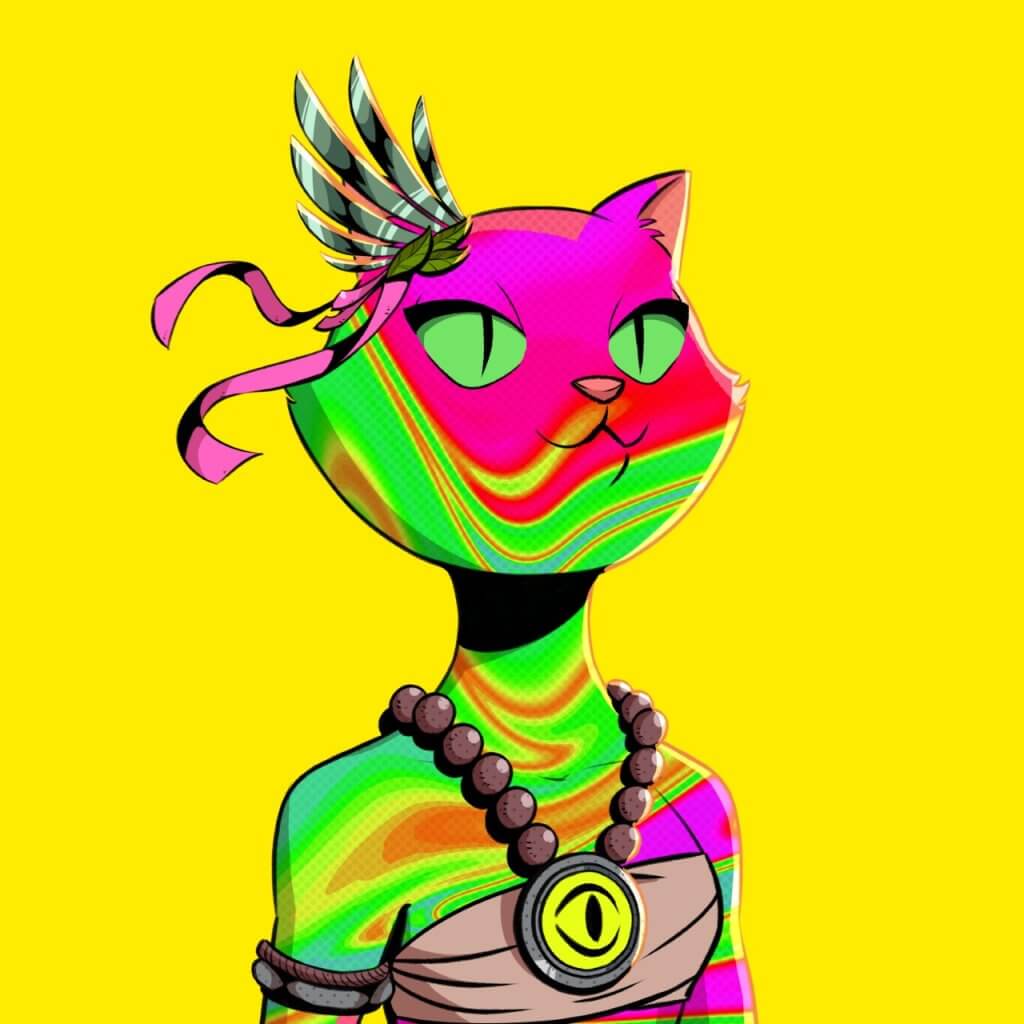 Moving onto the artwork and aesthetics of the project, Schaiman spoke enthusiastically on the work that goes on behind the scenes.

“I’m biased, but I think that we have some of the best artwork in the entire NFT space,” he said.

The design team remains a “driving creative force behind the entire universe”, according to Schaiman, with their “participation and their creativity” being a critical factor in establishing the NFH universe.

The Gods are the project’s latest release and are available to mint publicly from tomorrow. They also play an integral role in the progression of the storyline.

“The gods go from being kind of Mythological Beings that have been forgotten about to becoming very large players inside the Non-Fungible Heroes universe and playing a very big and unexpected role,” he said.

The project plans on using community voting and a ‘quest-like’ system to build upon the storylines of the main characters and allow owners of an NFH to define their own character stories.

“There’s definitely a lot of community vote. We’ll do naming contests and things where there’s a very straight voting mechanism,” he explained.

“We also have a Dungeons and Dragons-like quest system set up where people will come, they’ll participate in an interactive experience with our Quest Lord – and their decisions impact the actual stories being written for comics and television.

“He’ll take them on a dungeon crawl and that’s where decisions that people make and things people do actually get built into some of the episodes that we’re writing from a story perspective.” 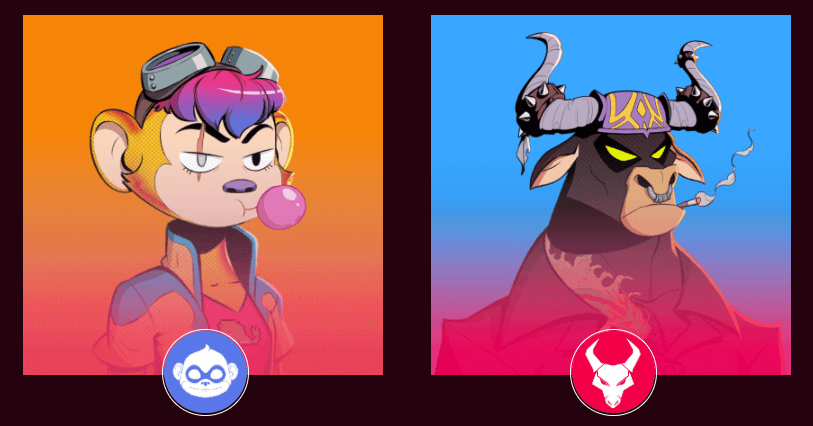 The universe focuses on a Heroes v Villians dynamic, with the ‘heroes’ represented as monkeys and ‘villains’ as bulls

Schaiman then moved on to BoringBananasCo (BBCo) – the project that originated NFH and formed the foundation for the collection – which has a mission of “onboarding and empowering the next generation of NFT creators and collectors”.

“BBCo is a very important part of our history,” the CEO confirmed.

“It sprung up from VEE and MJ, two of our founders. Their desire was not only to experiment with the project but also to provide tools and education to new creators and collectors.

“The mentality and the support and the positivity that started with Boring Bananas and kind of helping people – that’s bled over into the NFH universe, and it’s a big part of what makes the community so special.”

When asked about the future of Non-Fungible Heroes, Schamian said the project would “have some pretty exciting news to announce in the next 60 days with regards to representation and production partnerships.”

Finally, Schaiman expanded on his thoughts on the future of NFTs over the next six to 12 months.

“I think from a bullish perspective, you’ll see an influx of new users who are experimenting with and trying to get into the space, which is exciting,” he said.

“I also think that from an NFH perspective, you’re going to see properties that originated in the NFT space start crossing over into mainstream media. We’re seeing that with Bored Apes, and I think you’ll see it with Non-Fungible Heroes. It’s a fun time to be operating in the space.”

What is the most popular cryptocurrency in Canada?

What can I buy with Bitcoin in El Salvador?