Crypto technology has many facets and so many implementations for our daily lives. Tokenisation, for example, is one of the features of cryptography that is quickly gaining popularity over the last few years. This up-and-coming aspect of crypto tech gives us the possibility of investing in real projects and startups with huge potential for success, thanks to services such as MintMe.com.

Stocks are, more than ever before, a subject that has caught the interest of millions, in fact, many people started investing in the stock market in 2020 because of the pandemic and how their daily lives got affected by it, having them come up with new ideas on how to sustain themselves and their families. This caused an exponential increase in the market itself, and also it sparked a lot of curiosity from the mainstream on how investing works, which also trickled into interest in how the crypto market relates to investing and even how to create your own cryptocurrency and reap the benefits of such endeavor.

What can you win by supporting a token?

Buying someone’s token might not give you any right over their company at face value or permission to legally choose which route their idea or service should take, but instead it provides you with the benefits of actively participating in the growth of a personality, idea, or service you love and support, and even could let you get closer to the token creator and participate in surveys on what is of most interest for you and the community around the token. 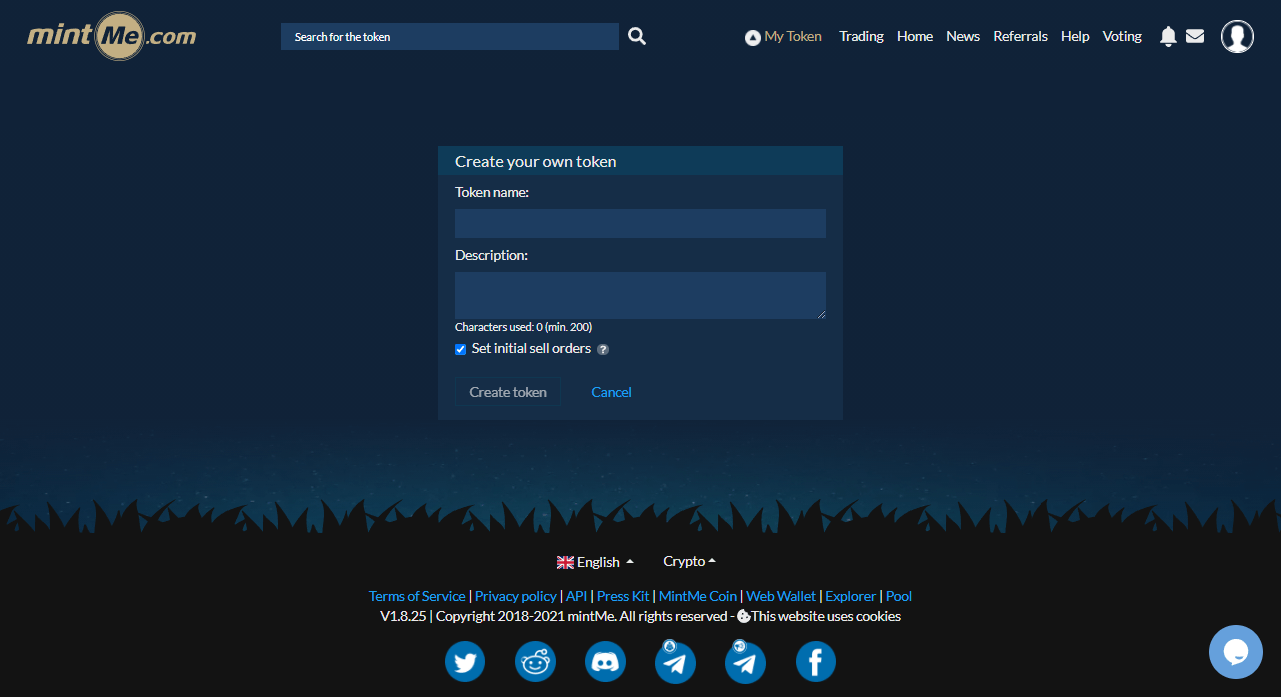 When you create your own coin in Mintme.com the price of it goes way deeper than what meets the eye at first glance, it not only works as a representation of the creator, it allows you to trade, buy, and sell between other token supporters inside of the MintMe platform, and even hold these tokens if you believe on its popularity to rise in the future.

Every token can represent a person or initiative, this means that the possibilities are as large as there are people in the world with new exciting prospects to attach to a crypto token. Someone could choose to back up their MintMe tokens for example with their services as a narrator and offer exclusive narrations for those who hold their MintMe tokens while also funding a bigger project that their supporters would love to have been an integral part of its creation.

Depending on what your area of expertise might be, creating a token on MintMe.com can allow people to invest in you as if their trust in you represent stocks, they would enjoy the benefits you want to give to your supporters and also they would have the possibility of earning through holding these tokens when the project has caught up and become successful.

MintMe does not only represent a new approach to the stock market, but to crowdfunding, trading, and even to closer interaction between projects and their supporters, in which they both mutually benefit from the success of the token, and both would be rewarded as a symbiotic relationship.

NYC Mayor-elect Eric Adams will get paid in Bitcoin