Norwegian city bans all cash and launches own cryptocurrency

Liberstad is a self-proclaimed libertarian city

A ‘private city’ in Norway has ditched cash for its own cryptocurrency.

Liberstad, which was established in June 2017 in the south of the Scandinavian country, is a self-proclaimed libertarian city.

Now it has announced it will dump recognised legal money and instead adopt City Coin (CITY) as its official currency, as reported by a Coin Rivet article for the Express.

A spokesperson said: “City Coin is a secure and innovative cryptocurrency based on City Chain, a smart city platform that enables the design, implementation, and use of next-generation services for smart cities and their inhabitants.

“As the first cryptocurrency to be officially adopted by a smart city, City Coin is the only medium of exchange within Liberstad.

“It will be used for the payment of city services and worker wages and for funding civic projects.”

“Inhabitants can pay for anything ranging from haircuts, a dozen local eggs, or an artisan loaf of bread using CITY, marking a milestone for real-world use of blockchain technology.

“Over 100 land plots have already been sold within Liberstad and more will become available to purchase using CITY in the near future.”

Liberstad was founded on the principle of libertarianism – a collection of political philosophies and movements that uphold liberty as a core principle.

Critics deride followers as dreamers who want the benefits of modern society without having to pay for them.

Liberstad is part of The Libertania Project, which aims to establish private cities that are based on “anarchism and the non-aggression principle”. 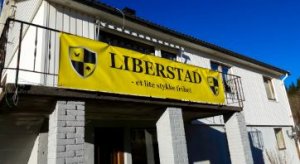 The spokesperson added: “We are a small group of individuals who are seeking a change in the way society works.

“We want a society where people decide over themselves and can live together without government authorities.

“Liberstad will become a city where anarchism can get a physical foothold in one of the world’s most socialist countries.

“We also want a city where everyone has the opportunity to buy both houses and land for a price that is far below other house and cottage prices in Norway.

“In Liberstad, you will be able to live without high mortgage or rent, and without any direct and indirect taxes.

“Liberstad will become a city where life is easier, more relaxing, and without high cost of living.

“In the long term, we can together develop a private city where people have greater freedom and opportunity to live the life they desire.”