Victims of the world’s biggest cryptocurrency fraud have branded a judge’s decision to allow one of the $4bn scam’s leading henchmen an extra two months to prepare for sentencing as “ridiculous”.

Lawyer Mark Scott was one of a handful of people convicted for his part in the OneCoin scheme. The 51-year-old was due to be sentenced on Friday February 21 after being found guilty in November of conspiracy to launder money and committing bank fraud.

Despite protestations from prosecutor Christopher DiMase to sitting US District Judge Edgardo Ramos to keep Scott incarcerated until the sentencing hearing, he was allowed to return to his home in Florida under house arrest.

Now, in a Coin Rivet article for the Daily Express, it has been revealed that Judge Ramos has also agreed to defer Scott’s sentencing until late April – leading several critics to fear the fraudster is hatching a plot to escape jail.

In November, co-conspirator Konstantin Ignatov took a plea bargain which traded his 90-year jail sentence for an agreement to assist investigators in the hunt for his older sister Ruja Ignatova, who is considered the mastermind behind the scheme.

Ignatova, the 38-year-old self-proclaimed ‘Cryptoqueen’, went underground in 2017 as her connection with the Bulgarian Mafia added to growing suspicion over the legitimacy of her cryptocurrency scheme.

Mark Scott – her lawyer and now convicted cohort – was responsible for routing a staggering $400m out of the US as he actively worked to hide the source and ownership of the money. It is estimated he pocketed around $50m from the laundering.

Now, following the two-month extension to the sentencing, victims are concerned that justice may not be served. 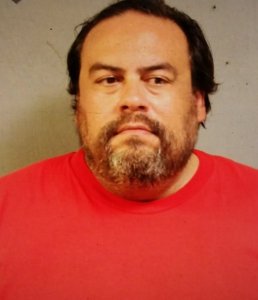 Their main worry surrounds one of the closing lines in the letter to the court from Scott’s legal team, which states “…this additional time will permit counsel to prepare for sentencing, including allowing for Mr Scott to undertake further testing and treatments for longstanding medical issues.”

That, fear some of those taken in by OneCoin, sounds suspiciously like groundwork for an attempt to evade a jail term.

“I think my eyebrows were first raised at the trial last year when the judge said Mark Scott was free to go home under house arrest – even though the prosecutors pleaded for him to be kept behind bars until sentencing,” said Iqbal Faheem, whose mother was fleeced of almost £8,000.

“My mother and several of her friends lost much of their savings because of people like Mark Scott and Ruja Ignatova, so we want to see justice done.

“Now, our fears are that some medical condition will be found that will keep him from prison or hand him a reduced sentence with a cushy cell.

“We had hoped the US justice system would have been tougher on someone who has caused so much anguish for so many people in the world – allowing him more time seems ridiculous to us.”

Mr Faheem’s mother and neighbours in Bolton, Lancashire, were lured by the promise of huge returns from their investment – just like thousands of others in the UK, which contributed almost £100 million to the worldwide $4bn taken in the scam.

Another victim, Tabish Hussain, also believes the extension is a ploy towards evading imprisonment.

“Look, if you’re facing the prospect of the rest of your life in jail, then it is understandable that you will do what you can to avoid that,” said the student from Batley, West Yorkshire.

“But this cannot be allowed to happen in this case, and I do not understand the judge’s thinking with the extension – he has already been found guilty, so this is deeply disappointing.

“I lost almost £4,000 in this terrible scheme, and I encouraged some of my associates into it as well, which means I feel responsible for their loss also – justice must be done.

“Obviously, the USA do things differently in their courts, and this case is being handled by them, but I will be extremely upset if Mark Scott does not receive the punishment his crimes deserve.”

Mark Scott’s sentencing date has been set for Wednesday April 22 in New York.

No Bitcoin options trades opened on Bakkt in last 10 days