EXCLUSIVE: Coin Rivet speaks to OptionRoom CEO Marsel Adawi about the weekend's ChainSwap hack and how $ROOM will recover

The ChainSwap protocol suffered a serious security over the weekend in a hack that saw crypto thieves making off more than $8m in stolen tokens from liquidity pools.

OptionRoom was among the worst hit, with the hackers able to steal $ROOM tokens from liquidity pools valued at $550,000.

This has seriously hit the price position of OptionRoom’s tokens, with $ROOM plummeting in value by more than 90% in just three hours on Saturday night.

In comments to Coin Rivet, OptionRoom CEO Marsel Adawi addressed the hack and explained how the company was responding to the theft.

As news broke of the ChainSwap hack, it very quickly became clear that OptionRoom had been one of worst affected, with exchange liquidity pools essentially vanishing. 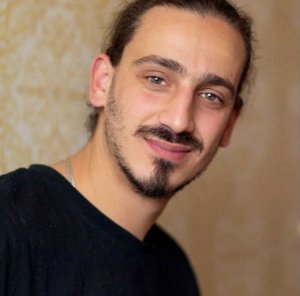 “We noticed the attack before any tokens were sold by the hacker and we decided to remove liquidity from UniSwap and PancakeSwap immediately in order to protect token holders and liquidity providers from the hacker dumping.”

Following the $550,000 theft, the OptionRoom team have moved quickly, with the CEO saying they had been “able to recover $443,974 by selling tokens from the deployer into the Uniswap pool”.

“This way we managed to withdraw liquidity on behalf of liquidity providers for the project,” he said.

“The recovered amount will be distributed among the liquidity providers based on their share of the pool”.

He also expressed his gratitude to the community for ‘staying positive and trustful’, saying: “Once we’re done with the process, everything will be business as usual in the OptionRoom protocol.”

“We are currently processing Ethereum and BSC logs in order to know the exact amount each holder was holding at the moment of the hack to be able to airdrop the new tokens to ROOM/COURT token holders,” he added.

“This process will take up to two weeks to complete”.

The CEO remains confident the project will recover, and be ready for the protocol to go live in August.

OptionRoom is a user-governed oracle as a service (OaaS) and forecast protocol for use on the PolkaDot network, providing users with a bridge to external data for use cases such as limitless prediction markets, decentralised polls, mediation, surveys, and curated lists.

The project operates using two tokens – $ROOM which acts as the reward and utility token powering the oracle – and $COURT, which is the governance token for the oracle protocol used to authenticate information.

Disclaimer: The views and opinions expressed by the author should not be considered as financial advice.

The charity International Animal Rescue has started accepting crypto donations. The charity will have access to over 143 tokens for donations.

Smart contracts on the blockchain are a series of automated processes and functions that have predetermined responses depending on user interaction.

Frances Haugen, a former Facebook employee confirmed that she is financially fine because she invested in crypto at the right time.