Sichuan officials are investigating how they can leverage their power production

Cryptocurrency miners are set to flock to the Chinese province of Sichuan thanks to its plentiful supply of cheap hydroelectric energy.

Local officials are investigating how they can leverage their power production after President Xi Jinping urged the nation to step up blockchain development.

Jiang Yang, a former vice-chairman of the China Securities Regulatory Commission, told a meeting set up to develop Sichuan that cheap hydropower could tap into the hunger for blockchain dominance, reports Sichuan Daily.

He said: “Sichuan should study further about how the province’s cheap hydropower resources can attract digital currency-related businesses.”

Sichuan, in southwest China, has a long rainy season that starts in May and lasts about four to five months. It is China’s biggest producer of hydroelectric power. 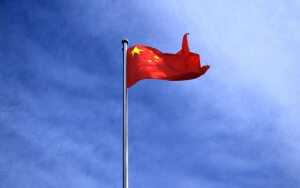 Bitcoin made colossal gains of as much as 42% in a few hours – its highest intraday gain since 2011.

Animoca Brands has seen its valuation soar to over $5bn as investors continue to fund the development and growth of the burgeoning NFT and metaverse spaces.

The Fantom Foundation has integrated with crypto e-commerce platform Shopping.io to enable shoppers to purchase from retailers using its native token - FTM

The development of smart contracts on Cardano has led to network growth, following a 13% surge in the past 24 hours, according to data.