Fidelity CEO Anne Richards gave her thoughts on cryptocurrencies and CBDCs in a fireside chat at the Digital Asset Summit in London.

Speaking with Tom Jessop, the head of digital assets at the investment manager, Richards started the conversation by discussing regulation and oversight of crypto markets.

When it comes to crypto, Richards said “regulators around the world are taking a somewhat different approach on this” and that potential regulation can be an “impediment to the more conservative institutional investors” who wish to allocate capital in more speculative assets.

However, Richards said it doesn’t mean “institutions can’t do anything”, and that it can differ on a case-by-case basis for each provider.

Richards then touched on her main point, saying “volatility remains something of a challenge” as crypto assets bring a “very different dynamic” to markets and “behave differently to conventional assets”.

She clarified that “for now, they bring something different” as they contribute a “diversification effect” but can bring unnecessary volatility – which from the perspective of somebody with fiduciary responsibility can feel “reckless”.

“To become truly institutionally credible, we need really good hedging instruments that give me some elements of the upside, but take away some of that extreme volatility,” she said. 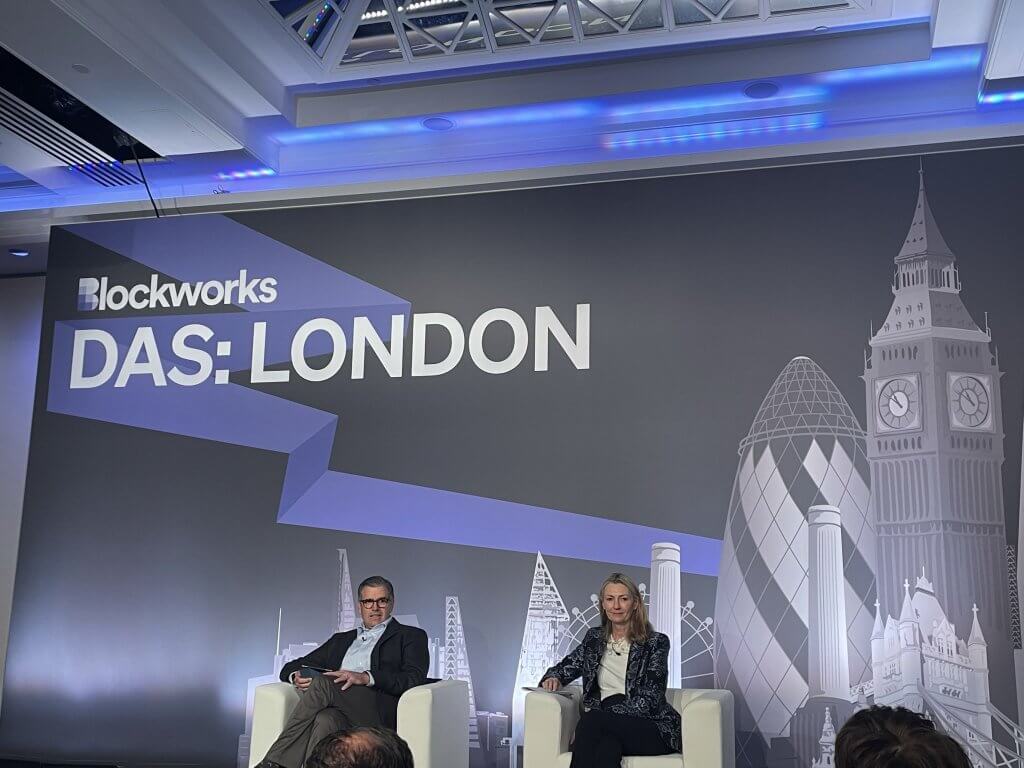 Anne Richards was speaking at the Digital Asset Summit in London

Another important point Richards touched on was the “evolution of the regulatory market”, in which she believes regulators should be allowed to “regulate enough so the cautious institutional investors can get involved” and feel comfortable investing in cryptocurrencies.

She also briefly mentioned CBDCs and the introduction of central bank currencies to the ecosystem.

She said that when “we have a digital bank central currency, that’s when digital assets may truly go mainstream”, as they will “somehow feel blessed and safe” and can limit “individual fiduciary downside risk”, which is important for a portion of institutions in the space.

Richards also said that “a majority of large institutions are looking in this space” – a claim which was confirmed by a recent survey undertaken by Fidelity.

Finally, Richards said she thinks we will have a CBDC “in the next five years” as the market will be more developed. However, she remained sceptical and thoughtful of the potential implications involved with the introduction of a CBDC asset to wider markets.