This month, the European Union implemented a new law – known as the EU Fifth Anti-Money Laundering Directive (5AMLD) – which requires cryptocurrency platforms and wallet providers to identify their customers for anti-money laundering purposes.

The UK has decided to implement the law despite its decision to leave the EU.

He told Coin Rivet: “Clearer regulation is a going to be a good thing for the UK and EU. It will bring more certainty for users, service providers like us, and our institutional and financial suppliers.

“This in turn will eventually translate into greater adoption for Bitcoin. 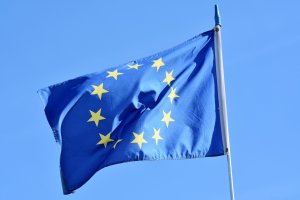 Governments around the world are implementing crypto legislation

“Depending on your perspective, Bitcoin has either already reached mainstream adoption, is about to, or has a long way to go.

“In terms of its first killer app – namely being a digital inflation-resistant store of value that is accessible to all – Bitcoin has already reached maturity and is seeing sections of the mainstream market using it.

Coinfloor is a London-based Bitcoin exchange established in early 2013. It claims to be the first exchange-backed peer-to-peer marketplace for Bitcoin.

Renowned billionaire venture capitalist Tim Draper has revealed how he came out of the stock market six months ago to switch his holdings to Bitcoin and cryptocurrencies. After describing...

Irish High Court has seized Bitcoin worth €52 million from an alleged drug dealer. Clifton Collins is reported to have built up his cryptocurrency portfolio after becoming an early...

Bitcoin enthusiast were celebrating today as the world’s most dominant cryptocurrency finally edged over the $10,000 line. The psychological barrier has been within touching distance for days, but trading...