Right-wing clowns and their obsession with SJWs

With it being International Women's Day, there are sure to be some right-wing clowns complaining about it

Captain Marvel, the first female lead in the Marvel cinematic universe, has upset some very sensitive men. With the release of Marvel’s latest superhero film coinciding with International Women’s Day, many men are lamenting the “man-hating” rhetoric that they have imagined stemming from SJWs (social justice warriors). It just so happens that many of these men are also heavily involved in cryptocurrencies due to the notion that Bitcoin can restore their libertarian ideals.

The hypocrisy in politics is a beautiful sight to behold. Both the left and right are consistently swinging punches at each other over similar issues. Social media banning free speech is one such issue that both the left and right cannot seem to agree on. Sensitivity around words is another. When someone on the right makes a misogynistic or racist comment and is called out by the left, they are labelled social justice warriors. Yet it seems those on the right can be the most sensitive of them all.

The idols of these men consist of Donald Trump, a man who still probably uses velcro on his shoes due to the difficulty of laces, and Jair Bolsonaro, the president of Brazil who took time out this week to show a golden shower taking place at Carnival to his millions of Twitter followers, many of them children.

Below is Mr Jack Posobiec (or Poso as he likes to call himself) crying about Captain Marvel. Never mind that Captain Marvel is a comic book and based on a space warrior fighting bad guys. Cry me a river.

Send a message to SJW Hollywood

There are many injustices in the world that white men seem to think they know best about. On social media, there are millions of opinions. Some of them are racist, some of them are sexist, and yes some moan about white men. Unfortunately, the struggles of racism and sexism are real. One slight look through the lens of history will highlight this in all its atrocious detail. Some nations still have real problems with these issues. In Saudi Arabia for example, women are still struggling for their rights.

So white men, take a break from your computer for a bit. Try and enjoy life a little, maybe take a day off. Your pandering to each other is much more annoying for the rest of the world than complaints against SJWs. Take a page out of your favourite black rapper’s book. 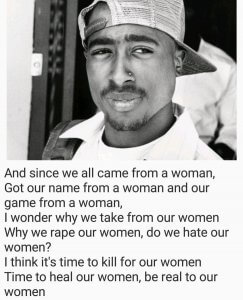