The NBA team is a keen proponent of crypto and blockchain

The Sacramento Kings basketball franchise has reaffirmed its commitment to blockchain and cryptocurrency five years after becoming the first sports team to accept Bitcoin payments.

The NBA team is a keen proponent of blockchain and has implemented a blockchain-powered rewards programme with Blockparty. It also mines crypto at its very own data centre.

But Ryan Montoya, the Kings’ chief technology officer, says the franchise’s commitment to pioneering tech will not be derailed by other teams playing catch up.

He told Front Office Sports: “We have a very tech-savvy ownership group and innovation is a given – it’s part of our DNA. 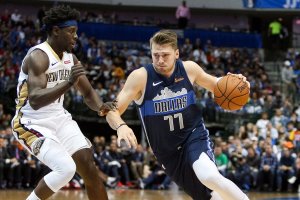 The Dallas Mavericks are also crypto-savvy

Montoya also spoke about the initial success of Bitcoin payment options – before the value skyrocketed.

“People from all over the world were buying Kings jerseys, tickets, different Kings gear,” he said.

“They were super excited that this team was accepting Bitcoin – the blockchain community. We even put a Bitcoin ATM in the arena.

“Then the Bitcoin price went up to $1,200 and they quit spending the Bitcoin.”

He added that some season ticket holders still pay in Bitcoin.

Last week, an exec for the Dallas Mavericks basketball team said uptake on Bitcoin payments is slow – but he expects more fans to take interest in the future.

Mavericks chief technology officer David Herr said it is an option for those who want to use it while also allowing the business to prepare for more wide-scale adoption.