The 4th Industrial Revolution Commission under the Presidential Office says the likes of Bitcoin derivatives should be instrumental as part of a medium- and long-term strategy to integrate cryptocurrencies into the economy.

Business Korea reports the commission has advised the South Korean government to allow financial companies to release futures products based on Bitcoin prices, similar to the US.

“Participants in the traditional capital market such as securities firms and banks should develop and introduce domestic custody solutions to handle crypto assets so that the Korean crypto-asset custody market will not depend on foreign countries,” the commission added. 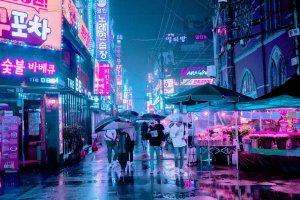 Officials announced last month that South Korea will not tax earnings from cryptocurrency trading – but might in the future.

Earnings from digital assets will not be subject to tax under existing laws, the country’s Ministry of Finance and Strategy has announced.

But the South Korean government will also keep track of other nation’s tax laws and amend the law as it stands in the future.

A spokesperson said: “We are preparing a taxation plan for virtual assets by comprehensively reviewing the taxation of major countries, consistency with accounting standards, and trends in international discussions to prevent money laundering.”

In December, it was revealed the Bank of Korea was recruiting digital currency and crypto-assets experts – but denied it was preparing for a national cryptocurrency.