Stuart Wilson: How Facebook and Samsung interest will help mass adoption of blockchain

Blockchain advisor Stuart Wilson says the new Samsung smartphone with its cryptocurrency wallet and the rumours that Facebook is creating its own coin can only be good news for mass adoption.

After a career spent working for American Express and in fintech, he is now a blockchain advisor, working with businesses who are considering using blockchain technology.

He is the founder and CTO at Blockchain Advisory which seeks to bring clarity to the “often confusing topics of blockchain, Bitcoin, distributed ledger technology, cryptocurrencies and related innovations.” It aims to advise how innovations will add value to their businesses now and in the future.

He tells me most companies are “struggling to understand why the technology might be useful. People are still pretty confused as to when and why they could be using blockchain.”

He says there is no need for people to talk endlessly about the deep aspects of cryptography or maths to see what the use cases could be for blockchain. 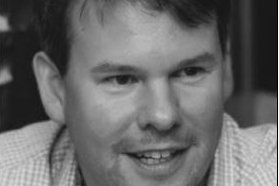 People using their smartphones don’t discuss endlessly the technical aspects of how and why their mobile signal changes if they are on a train, for example. “They don’t need to know that,” he says. “They just accept the technology because they see it working.”

“People in blockchain need to get out of the hole of endlessly talking about the technology.”

Blockchain is already being used by the likes of Walmart to check the provenance of goods in the food supply chain and if issues arise they can be resolved much more quickly using blockchain.

Cryptocurrencies have made a lot of people wealthy almost “by accident,” he says. Those who have become “unexpectedly wealthy” can read a chart on a screen but may not fully understand the underlying blockchain technology.

“Some of the problem can be a lack of imagination as people think that everything has already been solved by technology,” (when clearly it hasn’t).

The lack of mass adoption can be frustrating as fintech innovation can often be linked to money laundering problems. He cites the recent resignation of Revolut’s Chief Financial Officer over the removal of money laundering technology on its site as an example.

“There’s no evidence it allowed any suspicious transactions and the company says it was because the software was not working,” he says.

“Nobody knows if any money laundering was carried out but the checks were not taking place.”

This type of story can get in the way of innovation, though, he argues.

“People involved in money laundering are always going to find a way of doing it.”

And peoples’ perception has been “coloured so much by Mt. Gox, the Wannacry virus where people were saying ‘pay me in Bitcoin’. This type of currency is associated with crime.”

However, despite this he says it is “encouraging to see the S10 Samsung phone having a crypto wallet installed on it. Samsung’s one of the top three providers of handsets throughout the world. And people will start to see crypto wallets appearing on their phones.”

The rumours of the Facebook coin which could be used within its messaging function, is another example of the move towards greater adoption of the technology.

If the Facebook initiative comes off, he says it could help “crack the identity issue and help prevent the fear of money laundering and crime.” The pseudonymous wallets, which are currently just a string of numbers, would then become associated with a Facebook profile.

Both these technology firms’ moves would potential give access to “billions of people” to blockchain technology. He believes it could create a “tipping point if it starts to become genuinely easy to use people will start to move money around and use the network.”

He points to contactless payments on card payments which became more prevalent once the limit was lifted. “You can now buy a typical small round of drinks, or half a pint if you are in London,” he jokes.

“Like other transactions, you do not think about the technology no worry about security – it’s an easy way to achieve a goal.” Blockchain and cryptocurrency will achieve this when it becomes the quick and easiest way to carry out transactions.

With International Women’s Day fast approaching this week, he says the gender imbalance in IT is something he finds fascinating. When embarking on his career in the early 1990s, there was a lot more women in computing jobs, he says.

“The lack of diversity was not talked about as a concern at the time,” he says. Since then, there has been a rise in computer gaming which tends to be more male than female. He believes the work environment is also important to encourage more women into blockchain.

When he was working at Amex, he says they made deliberate efforts to ensure fairness in recruiting – if there was a new cohort of 10 recruits, they’d aim to find five women and five men.

He also believes that different functions should rotate – so marketing (which is perceived as a more female-dominated area) and HR, finance and technology roles should be mixed.

His aim is to demystify blockchain for companies and he urges anyone who is struggling to get in touch to see if he can help. Among his clients are a solar company that’s looking at how it can capture data from solar power to create carbon credits which can be traded and a film company that’s looking to disrupt the traditional fundraising process.

Another barrier to big companies embracing the technology could be some of the players in the space, he adds. We talk about the idealism of Brock Pierce, who I interviewed for Coin Rivet recently.

“It’s a business which can be seen to be dominated by hippies, anarchists and those who may want to bring down the banking systems as well as criminals, but the technology’s here to stay,” he adds.


Jose A Manzano: How Bitcoin pizza deal inspired me to get involved in cryptocurrency

Tether to launch new stablecoin on the Tron blockchain