Suspect arrested over ‘Bitcoin of the Middle East’ scam

One alleged victim said: 'It was all an illusion'

A Canadian man accused of running scams – including one involving a ‘Sharia-compliant’ cryptocurrency – has been arrested by cops in Dubai.

Aziz ‘Com’ Mirza, who lives in the Burj Khalifa, is now in Al Awir jail after an investigation by the Gulf News.

The paper says Mirza was taken into custody by Bur Dubai Police on October 27 following a complaint from a UAE resident who lost over $150,000.

Gulammohiyuddin Maskati, 43, filed a police complaint after investing in a firm called International Success Group (ISG) and the real estate-backed cryptocurrency Habibi Coin launched by Mirza as a Sharia-compliant currency.

John Barry from the US said he invested $500,000 in a scheme after spending a week with Com and talking with people who regarded him highly.

“It was all an illusion,” he said.

In April 2019, a Gulf News investigation uncovered how Com Mirza had allegedly tricked hundreds into investing in Ponzi schemes, shady real estate projects, and the now-worthless Habibi Coin, dubbed the ‘Bitcoin of the Middle East’.

The complainants include people from all over the world, including the US, UK, Canada, and Greece. 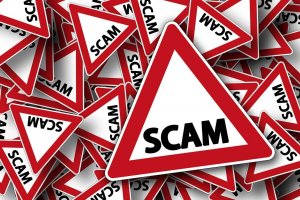 Mirza describes himself as a serial entrepreneur, investor, social media influencer, mentor, and philanthropist, and shares photos of his plush lifestyle with his 800,000 Instagram followers.

This week, a Belgian financial watchdog announced cryptocurrency scams are on the rise and is urging investors to be wary.

The number of fraudulent websites known to exploit trusting victims has risen to 131.

Earnings on challenges: how to get money and crypto for completing strange tasks