The curious case of BTC: What’s happening with Bitcoin?

At the time of writing, the crypto markets have seen a minor pump in prices after a dismal week. However, this is not a bullish signal, and we should still expect a downward trend for the time being.

Most price technical indicators are still in the red zone, although fundamentally speaking, we’ve seen great improvements in technology adoption, which seems to dictate there is no direct correlation between prices and technology developments.

Take the Lightning Network for instance, a P2P payment layer running on top of the Bitcoin network.

It’s been growing incredibly since the beginning of the year, both in terms of number of nodes and in terms of number of channels per node. But it’s important to remember that the LN requires channels to be opened between peers in order to transact, meaning when a channel is opened, there’s real BTC being spent.

Why is price going downwards?

Currently, Bitcoin’s price is sitting around the $3500 resistance level, which I don’t think we will break any time soon.

What I’ve seen happening during bear markets is the smart money is spent accumulating Bitcoin which is being sold by retail investors who clearly overbought during peak highs, from December 2017 to January 2018.

Otherwise, remember last year who was trashing Bitcoin right before the big pump? 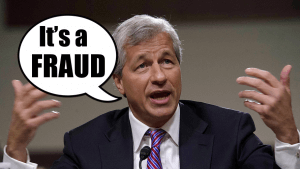 My point is: most likely, institutional investors are the ones buying Bitcoin both OTC and directly on markets. I mean, who else sold to retail investors last year? Who is now accumulating at an 85%+ discount rate?

If you still have your doubts, take a look at Grayscale, the largest Bitcoin asset management fund created in 2013. It currently holds about 1% of all Bitcoin supply. How insane is that?

According to Grayscale, “The Bitcoin Investment Trust’s shares are the first publicly quoted securities solely invested in and deriving value from the price of Bitcoin.” Grayscale has continued to add to their Bitcoin holdings every month over 2018, despite the downtrend in Bitcoin prices.

Indian government panel campaign for cryptocurrency to be banned