The growing appeal of digital land to crypto natives

Platforms such as Decentraland and The Sandbox are seeing record demand for plots as crypto natives and big brands begin to stake their claim within the metaverse.

The ‘land’ has become highly sought-after and is attracting major brands and attention to the space thanks to the rise of the ‘metaverse‘ and the creation of virtual worlds.

Coin Rivet spoke with digital land investor Chris from NFTPlazas at Coinfest UK about his experiences with land platforms, the future of the space and why plots are starting to demand such high price tags.

Chris first got into the digital land space in 2017 and took an interest in the community aspect of NFTs when developing and participating in the platforms.

“This is an opportunity to really start from scratch and see how things develop within a community,” he said.

“I wanted to be a part of the experiment of seeing how that will go in Decentraland.”

Chris then expanded on the utility and advantages of owning digital land, saying “it allows creators to create with very, very few limitations”.

“I think there haven’t been too many opportunities to do that since web design. To be able to do that in 3D now and see how the space evolves was just too exciting an opportunity to pass up”.

For the future of the space, Chris said that he thinks “there’s too much in it, too much money involved for it to fail now” but remained neutral in regards to the speed of progress in the space, saying “I can’t be too sure” on the rate of development. 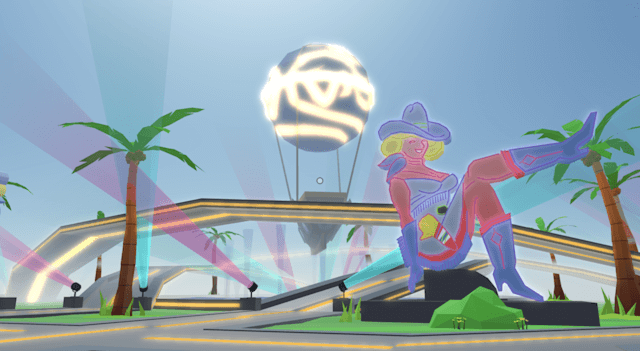 Chris also touched on the attraction of DAOs to potential investors, saying that the platforms are “waiting for the right people” to invest and are “bound to attract some real talent to the space.”

When asked about NFTs in general, Chris remained bullish, saying “I think we’re only just getting started” and expanding further on the current fervour surrounding the speculative space.

“At the moment, we’re in a bit of a mania. It’s a new concept. A lot of people are getting it”, he said.

“I think we’re only just beginning to understand how much of a role NF Ts will play in our day-to-day lives.”

As for the next big trend in NFTs and digital land, Chris sees “NFT gaming and play to earn” as the biggest growers due to investment from VCs, although he feels that the space is still “lacking in some real creativity”.

He finished by saying that “passive income is something that’s super exciting, especially for the generation coming through” and that there’s “going to be a lot of eyes on this space”.

A bubble is a bull market you don't have a position in, says Dominic Frisby