Top UK lawmaker: ‘I back FCA on crypto derivatives’

The FCA has expressed concerns over the assets, adding the government has launched a 'taskforce' to embark on consultations into crypto-based products

A top UK official has announced the UK’s Financial Conduct Authority (FCA) has the authority to bring in bans on cryptocurrency derivatives.

John Glen, Economic Secretary to the UK Treasury, says he backs the regulator, according to a report by FinanceFeeds.

“The final decision on this consultation is a matter for the Financial Conduct Authority (FCA), which is operationally independent of government.

He added that the government had launched a Cryptoasset Taskforce and launched consultations into crypto-based products.

“The government continues to endorse the approach set out in that the Cryptoasset Taskforce report as the right way to facilitate innovation while protecting consumers and firms,” he added. 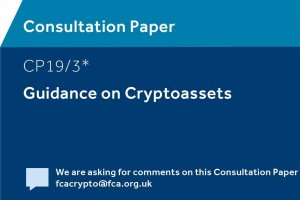 In July the FCA proposed a ban on cryptocurrency derivatives platforms like BitMEX.

According to the July statement , the FCA cites “extreme volatility” as a reason for cryptocurrencies being “ill-suited” to smaller retail investors.

It continued: “We estimate the potential benefit to retail consumers from banning these (derivative) products to be in a range from £75 million ($94 million) to £234.3 million ($305 million) a year.”

Cryptocurrency derivatives platform BitMEX, which recently surpassed $1 trillion in trade volume over the past year, is currently prohibited to traders in the US, many of whom access the platform via VPNs.

The FCA’s statement added: “As with our work on the wider CFD and binary options markets, we will act when we see poor products being sold to retail consumers. These are complex contracts built on top of complex assets.

“Most consumers cannot reliably value derivatives based on unregulated crypto-assets. Prices are extremely volatile, and as we have seen globally, financial crime in crypto-asset markets can lead to sudden and unexpected losses.

“It is therefore clear to us that these derivatives and exchange traded notes are unsuitable investments for retail consumers.”

Bitcoin begins descent to downside as $200m liquidated on BitMEX