Ethereum and Tron lead the way for dApp adoption in 2019

During 2019, Ethereum, Tron, and EOS saw significant growth in terms of dApp adoption

One of the key drivers for mass cryptocurrency adoption is usability.

To understand how people interact with cryptocurrency and blockchain-based projects, it’s often useful to take a closer look at the stats behind decentralised applications (dApps) and the number of people using them.

Interestingly enough, during 2019, there were some serious moves in terms of the most widely used projects. 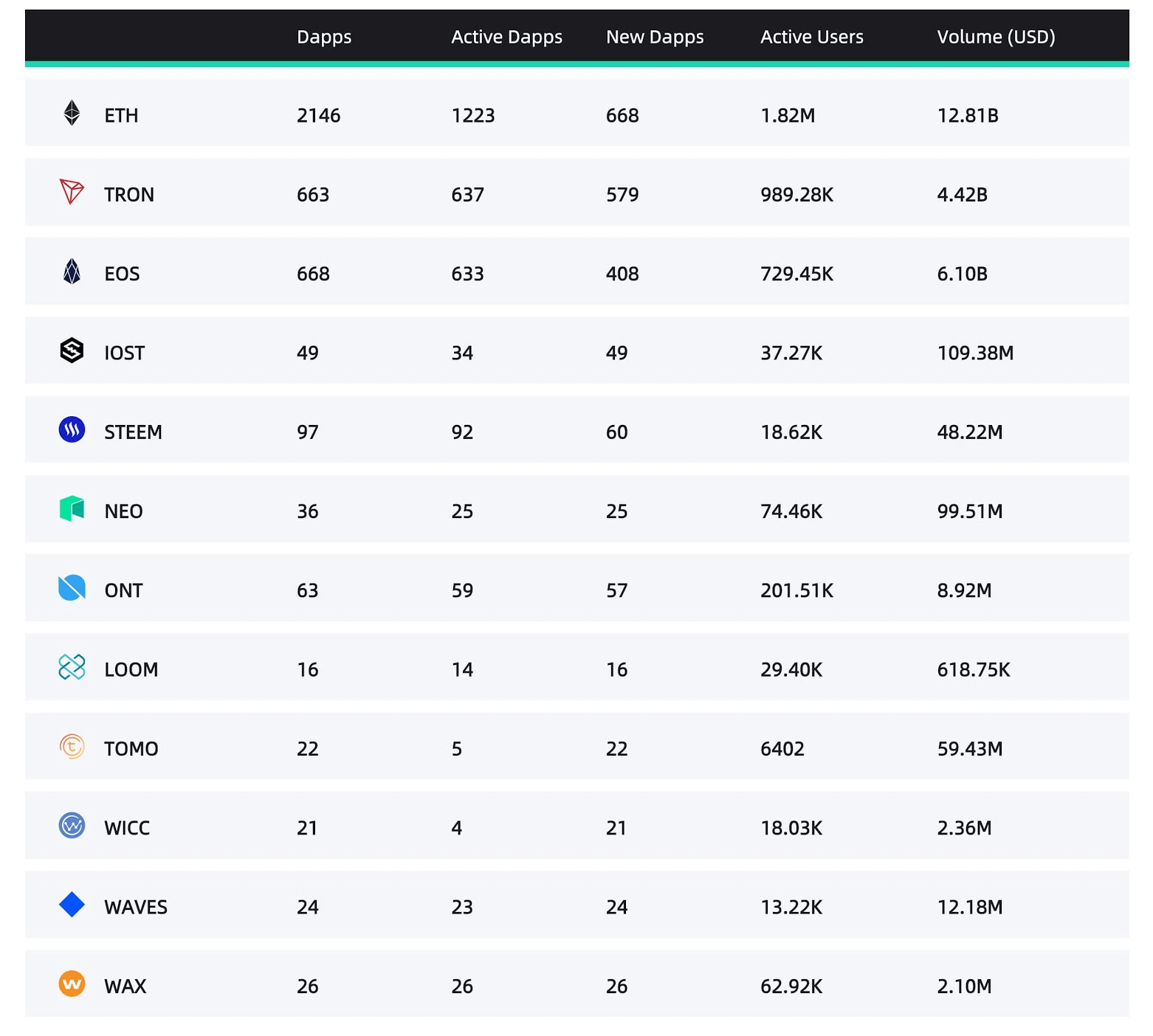 Looking at the table above, courtesy of DappReview, it is obvious who the winners were in 2019.

By comparing the top three, we can quickly reach a fair conclusion: even though Ethereum is the clear winner, Tron is making waves in the space.

In just under two years, Tron was able to pass all other smart contract blockchain projects, and it’s now setting its sights on toppling Ethereum.

NEO and Waves have both been around for longer than Tron (and EOS as well), but they have stagnated compared to the top three.

Therefore, I expect we’ll see some big moves in the space in 2020. Especially from Tron.

DLive’s value to BitTorrent and TRON’s Ecosystems and the whole blockchain industry https://t.co/bYLgvxeg9c

Justin Sun, CEO of Tron and file-sharing platform BitTorrent, has announced that DLive – the world’s first and largest decentralised live streaming platform for content creators with over five million monthly active users – is officially migrating to the Tron blockchain.

DLive’s live streaming video community allows users to reward content creators with cryptocurrency through upvotes, gifts, and donations. Its user-powered upvoting and flagging system determines which content should rise to the top of the platform.

Not only that, but BLive, the live streaming platform introduced by BitTorrent in early 2019, will also be merged into the DLive platform in the near future.

Hopefully, with additional moves like these, we’ll see a greater number of new users joining the space.