The website of OneCoin – which US prosecutors have called a pyramid scam – has gone offline.

DNS records show that while the company still owns the website domain onecoin.eu, it is now under investigation, reports multi-level marketing news website Behind MLM.

OneCoin’s DNS entry for the website has been switched to “server hold”, and domain registry EurID’s legal department told Behind MLM: “The domain name is under legal investigation.

“Please further check our WHOIS for the status of the domain name.”

And two further websites, ‘oneacademy.eu’ and ‘oneworldfoundation.eu’, have also been suspended.

The One World Foundation was a so-called charity set up by OneCoin founder and CEO Ruja Ignatova.

US prosecutors are currently investigating OneCoin, which they suspect is nothing more than an elaborate pyramid scheme.

Bulgaria-based OneCoin has vehemently denied it is a scam, despite some of the people involved with the project being convicted. 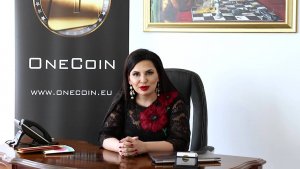 Last month, lawyer Mark Scott was found guilty over his role in the scam, which stole more than $5bn from thousands of unsuspecting victims throughout the world.

He was arrested in 2018 following investigations into OneCoin’s activities which began a year after self-proclaimed ‘Cryptoqueen’ Ruja Ignatova disappeared from her luxury home in Sofia, Bulgaria.

Oxford-educated Ignatova fled in 2017 before being slapped with a number of charges in her absence by the US Department of Justice.

The jury decided Scott, who will be sentenced in February, was entirely responsible for routing a staggering $400m out of the US as he actively worked to hide the source and ownership of the money.

State prosecutors estimated he personally pocketed around $50m from the laundering.

Others involved in OneCoin are also facing prosecution.

The man alleged to be one of the scheme’s leaders, Konstantin Ignatov, was arrested at Los Angeles International Airport in March.

And co-founder Sebastian Greenwood was extradited from Thailand to the US following an FBI operation in November 2018.