US lawmakers: ‘Libra is a security’

US lawmakers have introduced legislation that would classify Facebook’s upcoming cryptocurrency Libra as a security – subjecting it to more stringent regulation.

While the social media giant says Libra will be a payments system similar to PayPal, politicians from both US parties want it to be recognised as an asset.

Two members of the House Financial Services Committee – Sylvia Garcia, a Democrat, and Lance Gooden, a Republican – proposed the ‘Managed Stablecoins are Securities Act of 2019’.

Garcia said Libra and other managed stablecoins “are clearly securities under existing law”. 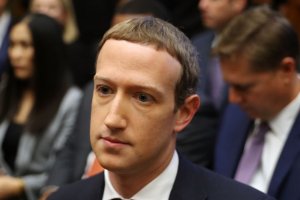 Gooden added: “In what are called ‘managed stablecoins’, we have trusted brands marketing digital assets to consumers as secure and stable.

“Everyday investors need to know they can trust the issuers behind their financial assets. This bill would bring them the security they deserve by applying the laws we use to regulate financial securities to this new breed of digital currencies.”

When contacted for a comment by CNBC, Facebook and the Libra Association, a group that will oversee the cryptocurrency, did not respond.

Earlier this month, the head of Libra cryptocurrency wallet Calibra said Bitcoin is more of an asset, like gold, than a true currency.

David Marcus said: “I don’t think of Bitcoin as a currency. It is actually not a great medium of exchange because of its volatility. I see it as digital gold.”