The app is aiming to remove barriers of entry such as high gas fees, and bring NFTs to a more mainstream audience

Blockchain technology provider Venly has integrated with Shopify to offer merchants the ability to mint and sell non-fungible tokens (NFTs) on the leading e-commerce platform.

The native app will use Polygon’s proof-of-stake technology and low-cost fees to reduce the sometimes extortionate minting and transaction fees that are often associated with the creation and distribution of NFTs.

Venly’s app will be available to Shopify Plus businesses, who can apply to become a part of Shopify’s ‘NFT beta program’ and start creating and adding their own products.

Once connected, merchants can begin selling their unique NFTs to customers straight from their storefront – bringing the familiar order flow often found on Shopify stores to the NFT space.

An array of leading merchants and artists have already joined the Venly app, with a growing number of merchants also expected to sign up in the near future.

Venly – a blockchain agnostic NFT platform – already offers its own native NFT marketplace alongside an array of solutions, including wallet development and ‘NFT tools’ to help onboard users into the rapidly expanding space. 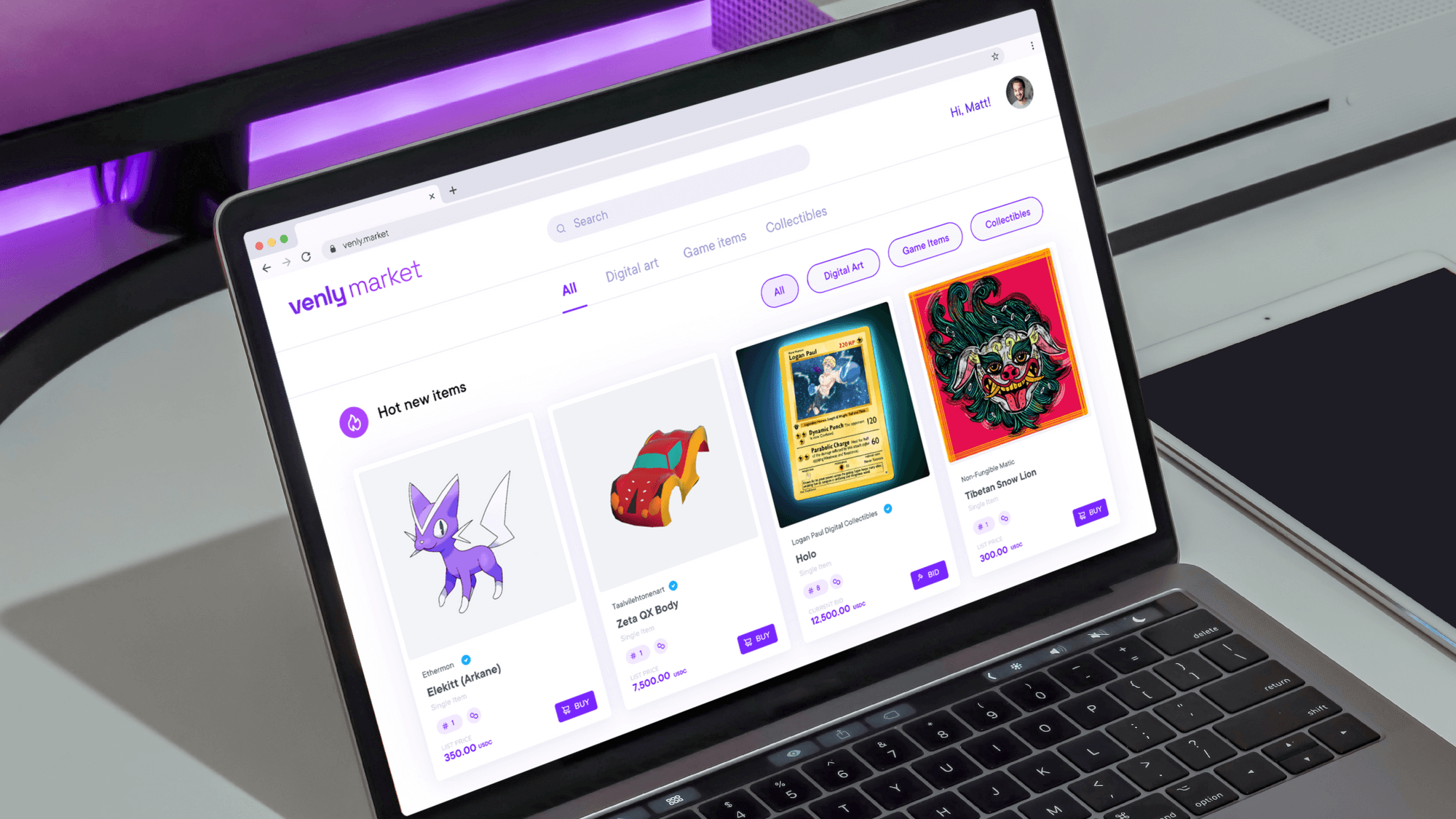 The app is being introduced at a time when interest in NFTs from both creators and consumers has reached a recent fever pitch following a spate of record purchases and new marketplaces being introduced.

Now, as NFTs continue to emerge as a mainstream trend, consumers are increasingly looking for ways to get involved in the thriving space.

Previously, barriers to entry such as high gas costs, lack of industry knowledge and minimal on-ramp services have prohibited the average consumer from getting involved.

Venly hopes that using Polygon and Shopify will remove these barriers and enable its native application to transform the space and bring NFTs to a broader consumer audience.

“We’re honoured to share the same vision with Shopify to make digital assets more mainstream and to be chosen to co-develop this app,” he said.

“By equipping one of the biggest web2 platforms with web3 technology, we’re taking a big step in innovating the e-commerce industry and making it future-generation proof.”

Audius gifts more than $100,000 worth NFTs to rap winners