"What sometimes looks like sugar is indeed salt," says victim and head of support group given fresh hope in light of Konstantin Ignatov's plea bargain

One of the devastated victims of the OneCoin scam has spoken of her hope that its missing CEO – Ruja Ignatova – will be found after the fraudster’s brother agreed to inform on his sister and members of the Bulgarian Mafia.

However, facing a possible 90-year sentence behind bars for his involvement with OneCoin, the 33-year-old agreed to a plea bargain that means he will face no further charges in exchange for helping detectives.

While keen for him to face the full force of the law, one of OneCoin’s victims says the agreement brings into focus the real possibility that the 38-year-old so-called ‘Cryptoqueen’ could be brought to justice. 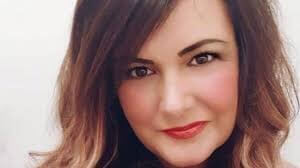 Jen McAdam is spearheading a group of victims who have lost huge sums after ploughing cash into what was sold to them as “the next Bitcoin”. Ms McAdam personally lost £8,000 but also encouraged friends and members of her family to plough almost a quarter of a million pounds into the scam.

Since speaking out about OneCoin and its elusive Oxford-educated CEO, the 49-year-old has received a torrent of vile abuse from the Bulgarian-based Ponzi scheme’s supporters, with threats of sexual violence and even death.

Speaking to Coin Rivet, Ms McAdam said hope was still very strong that Ignatova will be found and face charges in the US.

Further charges could still be brought, but the current set of five accusations would be enough to put her behind bars for 85 years, if found guilty.

“With her brother taking the plea deal, that also brings further hope to victims that when Ruja is caught, the truth will eventually be told in a court of law for all of her devastated victims to hear which, hopefully, will bring some peace their way,” Ms McAdam said.

“At the moment, I speak to victims every day who are either distressed, upset, shocked, devastated, or even suicidal.

“This is a multi-billion dollar fake crypto scam that has hit nearly every country worldwide and left so many people with their hearts ripped from them and their families.”

Ignatova – who has been on the run since disappearing in October 2017 after raising $5bn worldwide with OneCoin – has, according to her victims, left families utterly ruined by the scam.

“Many OneCoin victims sold their homes and used all their life savings to purchase these fraudulent fake OneCoin packages that Ruja created through her fraud,” added Ms McAdam, before heaping praise on the BBC’s Jamie Bartlett and Georgia Catt for turning the spotlight on the scandal with The Missing Cryptoqueen podcast.

“The series by the BBC helped to raise awareness, and in doing so has alerted mainstream media on a scale the OneCoin victims did not expect but are so very grateful for.

“Maybe as media awareness is raised further the world will become smaller for Ruja Ignatova – the multi-billion dollar fraudster and scammer – to hide, and just maybe she will be found by the authorities and face her charges for her horrendous crimes in a court of law. And just maybe with hope her devastated victims will see justice take place.

“When this day comes – if it ever does – we then hope an asset recovery fund could then become available for the OneCoin victims.”

Hope, she says, has been the one overriding emotion that has brought strength to the victims she supports in every corner of the world. It is believed 70,000 people in the UK alone fell foul of Ignatova’s Ponzi.

“Justice, the truth, and hope are what we hold onto going into the future – we will never, ever, ever give up on that,” she vows.

The BBC’s podcast has been widely commended for highlighting what has turned out to be one of the world’s biggest frauds.

“Immense thanks to the producers Jamie Bartlett and Georgia Catt for hearing the victims’ voices and investigating the OneCoin scam, which then led them on to produce The Missing Cryptoqueen podcast series,” she praises.

“If it was not for these two very kind, caring, and concerned journalists, I am really not sure if the OneCoin victims would have been heard.

“Through their investigation and podcast series, they have highlighted this horrendous and devastating scam by Ruja Ignatova and also given the OneCoin victims further hope for justice.” 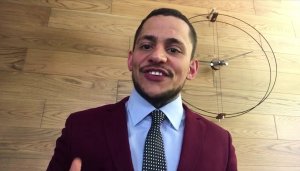 For now, however, all eyes are on the ongoing court case in New York, where legal attention has moved away from Ignatova’s younger brother and back on to former lawyer Mark Scott and his involvement in laundering the gang’s money.

Scott even tried to implicate Neil Bush – brother of former US President George W Bush and son of George HW Bush – by attempting to subpoena the businessman.

Bush, through his business connections, was paid $300,000 to meet with Ruja Ignatova in Hong Kong over a possible deal involving OneCoin. Bush declined to pursue the interest.

Scott had hoped the fact that such a prominent figure was prepared to meet Ignatova gave OneCoin enough credibility for him to believe nothing about OneCoin was untoward.

The new focus in the case, though, will do little to distract from the fact that the potential for recovering the lost funds of hundreds of thousands of victims could be put in reach with Konstantin Ignatov’s plea bargain.

Despite it being a desperate attempt to avoid spending the rest of his life in jail, he may yet be the key to unlocking his older sister’s dark secrets.

“What we believed was to be a financial dream has become in reality a financial and horrific nightmare.

“Never trust in people’s word – always do your due diligence and verify and keep safe from fake crypto scammers and fraudsters like Ruja Ignatova and OneCoin.

“People should remember, ‘what sometimes looks like sugar is indeed salt!’”

If you’ve been affected by the OneCoin scheme, various support groups with thousands of members can be found. There are also individual groups covering the countries where the Ponzi operated. They can be found here…