The crypto is more popular than Visa, Mastercard, and American Express

Bitcoin is the third-most popular payment method for online shopping in Italy – even beating Visa, Mastercard, and American Express.

PayPal rules the roost with around 1.3 million payment transactions per month, with payment processor PostePay close behind with almost 1.2 million.

The month in which the highest number of Bitcoin payments was recorded was June 2019 (368,000 times).

Italians are historically wary of virtual payments, preferring to pay cash on delivery or pay in-store. However, with these latest figures, it appears that the country’s mood is changing. 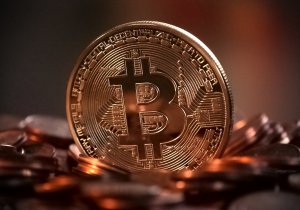 In 2018, total B2C spending on e-commerce in Italy was over 40 billion euros, with 62% of Italians making at least one online purchase.

The project was left in the lurch after PayPal headed for the door at the start of October, followed swiftly by Libra Association members Mastercard, Visa, eBay, and Stripe.

The worldwide electronic payments giant was one of the linchpins of Mark Zuckerberg’s crypto masterplan.

PayPal had been a founder member of the project – which has been peppered with criticism from dozens of financial regulators.

The Bank of Japan has made an enormous step forwards in the global adoption of digital assets after it was revealed that it started experimenting with a Central Bank...

Crypto.com vows to refund customers after FCA halts card use

Crypto.com will refund users who had funds on the now banished MCO Visa debit cards following regulatory action from the Financial Conduct Authority (FCA). According to a press release...