BabySwap is a decentralized exchange on BSC (Binance Smart Chain) that features many of the usual functions—swapping, farms, liquidity pools, and so on. However, unlike PancakeSwap (BSC’s largest DEX), BabySwap focuses on long-tail assets.

Some other things about BabySwap:

How to use BabySwap 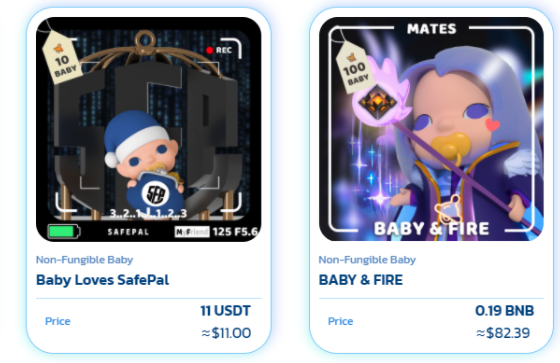 While BABY has built out many application scenarios, users tend to exchange the BABY they earned for other tokens such as BNB.

So in December 2021, BabySwap launched The Crypto You, creating a new sub-token, MILK, which requires a minimum of100 BABY to start playing the game. This increased the number of ways to use BABY and enhanced the BabySwap ecosystem.

For more information on how to play The Crypto You, see “3 P2E Card Games Like Axie Infinity” .

BABY is a BEP-20 standard token with a total supply of 1 billion, emitted at a rate of 576,000 tokens per day andexpected to be released gradually over five years. One percent of BABY is used for initial liquidity issuance, 19% is used for ecosystem building and development, and the remaining 80% is allocated to the BABY community.

In the future, BABY will be deflationary thanks to its burning mechanism. 0.05% of each transaction, 2% of each revenue from the reinvestment pool, 10% of the baby casting upgrade fee for the chain tour The Crypto You, and 1% of each NFT transaction in the playground will be burned.

BABY can be purchased directly on the exchange, earned through mining, yield farming, providing liquidity, or redeemed directly with vBABY, which is the symbol of BabySwap’sVIP membership.

vBABY represents BabySwap’s VIP membership status symbol. 1 vBABY is generated from 100 BABYs and is subject to a fee. There is a 10% fee to redeem a vBABY for a BABY.

Holders of vBABY receive a bonus allocation of 0.025% of each transaction fee, 50% of the vBABY redemption fee, USDT dividends, and other rewards.

What Can Data Tell us About BabySwap?

Here’s a look at how BabySwap performs as a DEX using data from Footprint DeFi360.

As of March 27, BabySwap’s TVL reached $79.41 million, with the majority of users mainly grouping LP pledges. The most-trading volume is SGT/USDT, and the most traded users is BABY/USDT. 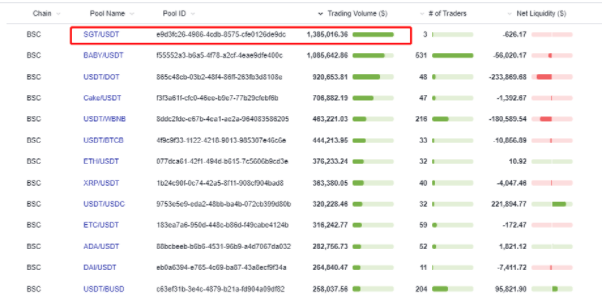 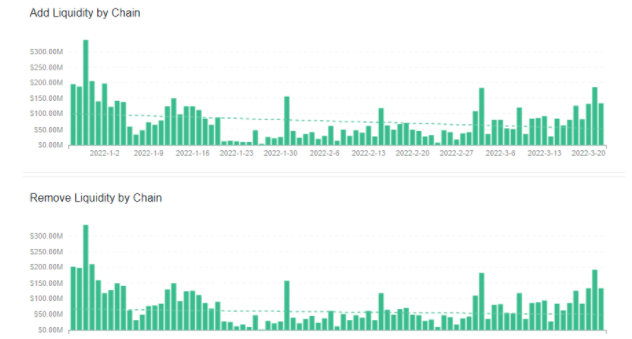 This results in a greater number of days of negative net liquidity growth than positive growth for the LP pool on BabySwap over the last 90 days.

Looking at Footprint DeFi 360’s last 90 days of data, BabySwap’s trading volume is actually showing a slight downward trend. This may be related to the overall market trend, where users are more inclined to place tokens in savings agreements to earn stable interest rate returns. 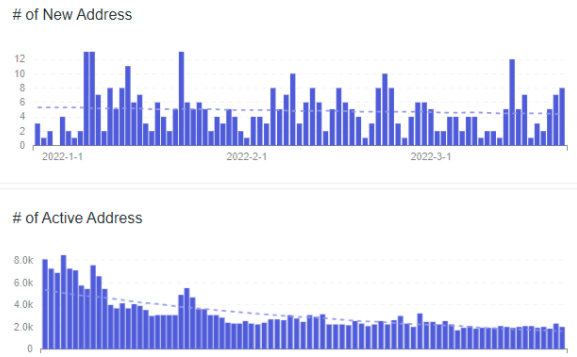 While BabySwap offers many features, it has not been able to come near PancakeSwap’s leading position.

One of the reasons BabySwap launched its own game was to increase application scenarios of their platform token. And so far, it has been somewhat successful.

Sweat Economy Stretches into NFTs through Few and Far Partnership