Where is Litecoin accepted as a payment method?

One of the main drivers for cryptocurrency adoption is being able to use your crypto to buy goods and services like an actual currency.

If Bitcoin (BTC) is digital gold, Litecoin (LTC) is often seen as digital silver. Litecoin prides itself on being quicker and cheaper to use than Bitcoin, making it perfect for everyday payments.

So if you’re a cryptocurrency enthusiast and you happen to hold some LTC, how and where can you spend it?

Let’s first take a quick glance at the LTC/BTC price action. This will tell you whether it’s a good time to spend your LTC or if it’s better to hold on in case its value rises.

Looking at the chart above, we can immediately conclude that LTC is near its yearly low against Bitcoin.

If LTC is able to break above the 50-day EMA and sustain some support below the 200-day EMA, we could see a sudden shift in investor preferences. However, for the time being, it looks like Litecoin is in for a period of accumulation.

Prior to mid-June, the altcoin was the best performing digital asset of 2019, growing more than 170% in fewer than 90 days and peaking at around $145.

In US dollar terms, Litecoin is currently trading at around $59 after a 1% drop in price since last week.

Where to buy Litecoin

One of the easiest ways to buy Litecoin is through a cryptocurrency exchange. While exchanges support a limited number of digital coins, most of them list Litecoin thanks to its longevity and popularity.

You’ll need to create an account on the exchange you’re planning to use. Before making a purchase and trading cryptocurrency, you’ll also have to prove your identity using an identification document issued by your government.

Where to spend Litecoin 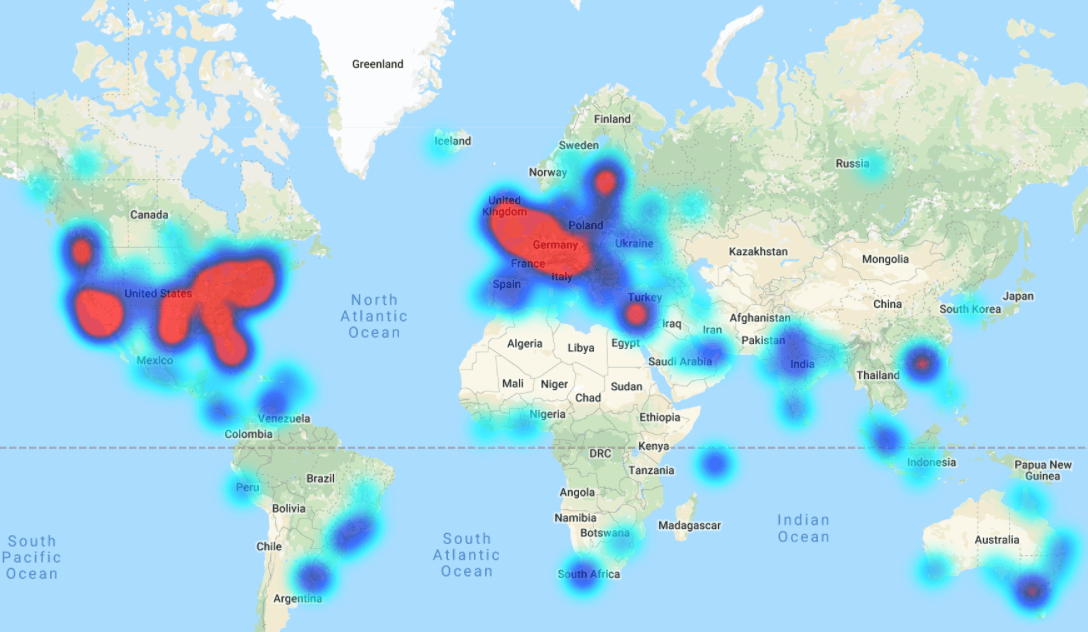 If your goal is to spend your hard-earned LTC, there’s a few places you can go.

At the time of writing, thousands of businesses worldwide accept Litecoin as a payment method through various payment providers.

Looking at the Litecoin merchants heatmap above (courtesy of Cryptwerk), you can see that most merchants are located in the US and in Europe, although there’s quite a few in Asia as well, particularly India and Indonesia. In addition, Turkey seems to be quite a hotspot for LTC as well.

Its popularity in the United States is to be expected after the recent news that the NFL has joined the crypto cause, with Litecoin becoming the official cryptocurrency of the Miami Dolphins.

Litecoin has also sponsored the UFC and the Mammoth Film Festival over the past year to boost its adoption and presence.

To find out which businesses and services accept Litecoin, you can visit the Litecoin Foundation website, which features an updated list of all the merchants supporting the project.

Tether use being ramped up on DeFi platform Aave

Renowned stablecoin Tether and open-source money market protocol Aave have witnessed a surge in demand for Tether (USDt), amid growing interest in decentralised finance (DeFi). Tether is the fastest...

SatoshiPay has secured a strategic investment of  $550,000 by the way of convertible loan notes from the Stellar Development Foundation (SDF), according to a press release shared with Coin...