Why is decentralisation so poorly understood?

Decentralisation is somehow poorly understood as most people tend to believe economies of scale and efficiencies can only be gained by combining resources in one geographical location and extracting the maximum utility from said agents.

In a way, a great deal of people promoting bitcoin, blockchain and decentralisation, do not truly believe in a decentralised world, where power is better distributed among peers.

I came to this conclusion just by checking how many projects are fully decentralised both in terms of infrastructure and governance, at the time of writing.

Of course, decentralisation has also some downsides. For instance, people will need to raise up and take responsibility for their actions, something I’m still not a keen believer in, especially in developed countries.

I understand this is not easy to digest, but honestly, hardly anything that brings real value is.

My point is simple: we don’t really believe in decentralisation because we don’t really benefit directly from it. Well, at least not in the short-term (unless you bought cryptos and made a fortune hodling or trading).

To truly benefit from cryptocurrencies one would need to be in a state of desperation. 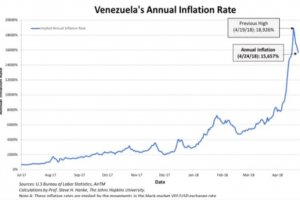 What do you do when you’re desperate, when there’s nothing else to lose and your life actually depends on your currency?

Well, it’s quite simple; you switch.

If governments become too powerful for their own good, and start making bad economic decisions based on corrupt policies and shady deals, then people are left with no choice than to fight back.

Of course, today it is much, much easier to stick it to the man due to open-source, transparent, permissionless and fully decentralised P2P networks of money.

The same logic is applied throughout history and even depicted in so many amazing movies. See, the truth is that power grabs don’t last forever and people always find a way to fight back.

Imposing your will on others through forceful ways, usually ends up blowing all over your face.

Regulations or laws which are enforced over decentralised cryptocurrencies (like bitcoin), by any given jurisdiction, will only block said country from participating in the new economy. History shows us that when an asset is illegal its price has a tendency to rise.

While people now have a solution to governments’ less ethical behaviour and can potentially switch to cryptocurrencies, a common argument is saying there is no adoption because merchants still do not support cryptos.

We can apply the same logic as before and look into some data from Venezuela, to try and find out if merchants are indeed fearful of bitcoin and other cryptocurrencies. 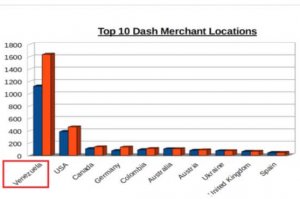 My conclusion is that both consumers and merchants appear to be slowly shifting towards alternative forms of money, which (hopefully) won’t devalue as much as their government-backed fiat-currency.

The Problems of Centralisation

If you’re scared bitcoin lost more than 85% of its value against the dollar since January 2018, look at it from day one — what would have happened if you had bought BTC between one and four years ago.

Unlike all fiat-currencies, bitcoin won’t likely lose value in the long-term because of bad policies exerted by bad actors (like dictators and such). After all, if the community of miners, developers and users do not kill bitcoin, its long-term price tendency is to grow, historically speaking, most likely due to mining rewards being halved every four years and to bitcoin’s supply being deflationary.

A central problem for fiat-currencies is that, for the majority, they rarely enjoy positive decision-making by central authorities. Simply put, if you held the power to create money out of nowhere, wouldn’t you end-up abusing said power?

That’s precisely the conclusion we can take — as hyperinflation means governments lacked the ability to control the monetary supply of a given currency.

When we discuss the issues of centralisation, a key dimension to look into is how wealth distribution is affected by less people having more power.

Abuse of power is one of the strongest branches of inequality: the fact some people are somehow above the law and do not play by the same rules.

For instance, there’s no law forbidding companies’ CEOs from bashing bitcoin and on the following days/weeks buying it back at cheaper prices.

I understand, big players need predatory actions to take advantage of “dummies” who trust them. Otherwise, how could they ever buy the large amounts of bitcoin? At 20k? No sir, not happening.

A really hard lesson to learn is: ‘When smart-money misses the bull train, it simply pulls it back.’

Again, don’t take my word for it. Glenn Beck, one of the good guys when it comes to financial analysis and whistleblowing, shows us how big banks and financial institutions crash prices by spreading false information, just to purchase cryptocurrencies at cheaper rates.

In its essence, centralisation of decision-making, wealth and information can lead to:

Is decentralisation the solution?

Next time, I will look at how decentralisation could be indeed a solution for the above problems and, if so, how could it be applied in a way trust was guaranteed between participants, allowing for game-theory-like mechanics to be used within the entire digital realm.

Disclaimer: this article shouldn’t be taken as financial advisement; it represents my personal opinion and should not be attributed to Coin Rivet. I have savings invested in cryptocurrency so take whatever I write with a grain of salt. Do not invest what you cannot afford to lose and always read as much as possible about a project before investing.


A simple but brief message: Everyone wants to scam you

Airdrop Venezuela looks to raise $1 million for Venezuelans in need