Chinese President Xi Jinping says blockchain is vital to the future of the country and has urged officials to focus on its development.

Xi made the remarks in a meeting with the political bureau of the Chinese Communist Party’s Central Committee.

He added: “It is necessary to promote collaborative research, accelerate the breakthrough of core technologies, and provide safe and controllable technical support for the development of blockchain applications. It is necessary to strengthen the research on blockchain standardisation and enhance the right to speak and rule in the world.

“It is necessary to speed up industrial development, leverage market advantages, and further open up the innovation chain, application chain, and value chain.” 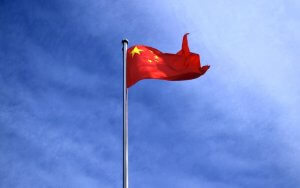 He added: “It is necessary to build a blockchain industry ecology and accelerate the deep integration of blockchain and frontier information technologies such as artificial intelligence, big data, and the Internet of Things.

“It is necessary to strengthen the construction of the talent team, establish and improve personnel training systems, build a variety of high-level talent training platforms, and cultivate a group of leading figures and high-level innovation teams.”

It made the announcement following a report by Forbes, which stated that the People’s Bank of China was set to give the first round of its central bank digital currency (CBDC) to the Alibaba Group and seven other Chinese companies, including internet giant Tencent.