The social media pioneer made the comments in a prepared statement before he faces the House Financial Services committee today.

Virtual currencies are used by criminals to launder cash and terrorists are known to use crypto to raise and transfer cash. Fiat, however, is still by far the most common method of laundering illicit cash.

The Facebook CEO said: “We… believe Libra presents an opportunity to strengthen the fight against financial crimes like money laundering and terrorism financing.

“A lot of illicit activities are funded through cash.

“A digital payments system with regulated on- and off-ramps and proper know your customer practices is easier to secure, and law enforcement and regulators can conduct their own analysis of on-chain activity.” 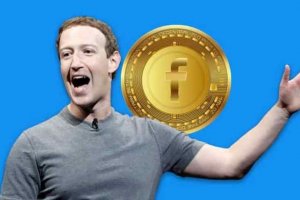 Libra is a blockchain digital currency planned to be launched in 2020. The social media giant aims to let its nearly two billion users pay and send digital cash using Libra.

A recent Coin Rivet article outlined how money laundering in Japan has been rife over the past year, with the Japan Times reporting that more than 7,000 money laundering cases involving digital assets were reported to the police in 2018.

This marks a 1,000% rise from 2017, when just 669 cases were reported in a shorter period between April and December.

Among the 7,096 suspicious transactions, some of the suspects were found to be using the same ID photos despite using different names and dates of birth, while others had sent the transactions from overseas despite being registered as living in Japan.

In total, of the 417,465 cases of suspected money laundering that were reported to authorities, just 1.7% of them involved cryptocurrency.

'It's us or China' - Zuckerberg warns lawmakers ahead of Libra scrutiny

Blockchain – can the hype be fulfilled?

Blockchain won’t work for most enterprise use cases, here’s why…

Intelligent transformation of the financial sector

Blockchain heading for the moon