As the founder of Independent Currencies, Tom runs a design studio specialising in security document printing.  He told Coin Rivet that, after the financial markets crashed in 2008, he became ‘woke’ to the realities of fiat-based banking systems. 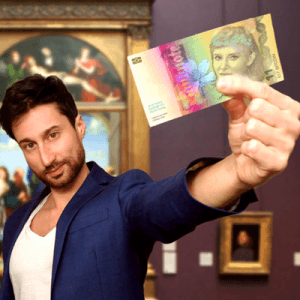 “It was a trigger point for me”, he told us during our discussion at the Coinfest crypto conference in Manchester. “I researched our debt-based money system and my worldview changed forever.”

He told us that only a year before, he was working at the White Cube gallery in London where one of his jobs was crowd control at the famous ‘Diamond Skull’ Damien Hirst art exhibition. The brand designer told us that “this was the most expensive artwork ever made, constructed from platinum and diamonds. I delicately chaperoned celebs into a darkened room with the skull spotlighted in the middle”.

“I sat with billionaires and guarded diamond-dusted abstract paintings. A year later, the party was apparently over, and the air was filled with indignation and resentment. The facade of the world had shattered before me.” 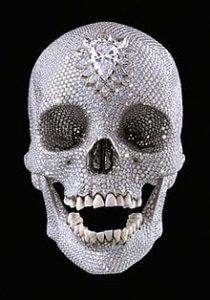 Learning about the true nature of money

Badley went on to explain how he became absolutely fixated with researching the nature of money. This led him to a gold and Bitcoin buying habit (that he can’t quit) and reviving a hobby he had dropped at art school: designing banknotes.

“The fact is, money had always fascinated me. I turned my hobby into a practice, designing and consulting on the production of local currencies. At the time, local currencies in the UK and Europe were flourishing. It wasn’t long before this work caught the attention of one of the largest printers of banknotes in the world. I was snapped up and quickly put to work in their money factory.”

Badley told us how the design and production of physical money is eccentric, miraculous and mysterious. It’s where almost every printed art form converges: illustration, engraving, typography, pattern, text, portraiture, visual communication, brand, and colour — not to mention the synthesis of multiple print processes.

He said that “the quality control is paramount: if a note cannot be produced to be nearly identical, then it fails as a currency. The designer’s job is to solve the multi-dimensional puzzle of high tech security features, print limitations, aesthetics, and a central bank’s vision”. 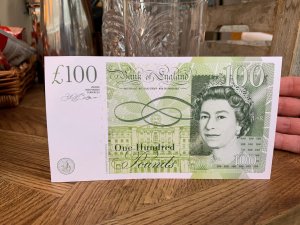 “Get anything wrong and the consequences are catastrophic: the public could reject the currency; it may fall apart in people’s hands; the ink won’t dry, or any of the myriad of variables that have to be mitigated with supreme attention to detail.”

He told us how, after seeing the opportunity in crypto, he jumped at the chance to ride the wave with his head now firmly back in the cryptocurrency space. “Cryptocurrency is ethereal, digital, and instant. It’s also trustless. The distributed ledger means that you don’t have to trust someone like a central bank. This is the digital saviour to our primitive, enslaving financial hypocrisy. Brilliant.”

However, he told Coin Rivet that “as soon as crypto crosses over into 3D, the laws of the three dimensions rule: tangibility, weight, and commodity. It is no accident that in visually describing cryptocurrency, we use graphics of gold coins with attractive designs on them”.

“Not only is there a deep human need to apply tangibility and tactility to things of value but also, as soon as something becomes tangible, it is vulnerable to being copied.”

Tom gave an example he had experienced when purchasing a Bitcoin hardware wallet. He told us how he got it delivered from a factory in the Czech Republic but, after receiving it, the company had put out an alert that there were counterfeit wallets circulating.

He said that “in order to verify that the wallet was genuine, the manufacturer’s put a beautiful shiny hologram seal on the box. This physical feature, not unlike the features of banknotes, earns my trust and allows me to verify that the product is what it says: digital, yet safeguarded by physical design”.

The ability to apply physical security measures is becoming increasingly important in the blockchain space as we enter the age of non-fungible tokens (NFTs) that are linked to real-world objects.


Beyond gaming: An introduction to non-fungible tokens (NFTs)

“I now use my industry knowledge to literally safeguard projects where counterfeiting and aesthetics are both equally important. The popularity of so-called ‘Bitcoin banknotes’ is growing – both in a collectable sense and out of pure demand: the on-boarding process of cryptocurrency is awful. A banknote (a paper wallet) is just one object that is relatable and bridges the gap between the money of the future and money of the past.”

He concluded by proclaiming that as a ‘banknote insider’ he has the rare advantage of being available. Most banknote designers are walled-off, with their talents being required exclusively for the central bank systems only.

“Having played for both sides, I bring that deep specialist knowledge, with an artist’s touch, to a blockchain project that needs to look good and be trusted in three dimensions.”