On the 75th anniversary of the history-defining moment for modern financial systems, Luno's CEO says it is time to revisit the famous US gathering

This week marks the 75th anniversary of the world-changing Bretton Woods conference which was staged at the Mount Washington Hotel in New Hampshire.

The conference, consisting of 730 delegates from 44 allied nations, created the current financial system used across the globe. 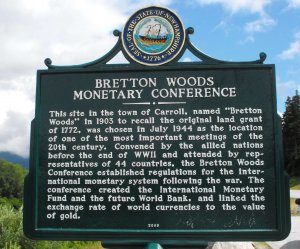 However, following an extensive survey performed in seven key markets to analyse modern understanding and attitudes, Marcus Swanepoel – Luno’s Chief Executive Officer – says it is time the conference was repeated.

The findings from the ‘Future of Money’ survey indicate that respondents from emerging markets are seeking an alternative to the way global money exchange and banking operates today.

The Bretton Woods conference, also known as the United Nations Monetary and Financial Conference, created a new way of managing and exchanging value between individuals and organisations primarily based on the needs of developed countries and markets.

“The survey results show that emerging markets are seeking a change to the financial system which was created 75 years ago,” said Mr Swanepoel.

“The increase in population and changes to the distribution and inequality of wealth at a time of tremendous steps forward in technology means that the current financial systems need to undergo another Bretton Woods moment.

“Individuals in these markets cannot afford to, and should no longer need to, pay extortionate exchange rates, accept national devaluation, or lose out when they simply transfer money between individuals or entities.

“Access to a more inclusive financial system will enable people everywhere to think of new and better ways of exchanging value, and technology can play a key part here.”

The survey showed that respondents had three main areas of concern with the existing financial system – economic benefit, security, and transparency.

It also highlighted that where they don’t have immediate access to wealth in the way that those in developed markets do, the respondents demonstrated a greater understanding of how it should work for them and were open to being more creative with how to maximise the value of what they do have.

For example, when asked how secure they feel about their current financial situation, South Africa (36%), Nigeria (35%), and the UK (24%) showed the highest percentage of individuals saying they did not feel very secure.

More than 91% of respondents in South Africa said they pay for a personal bank account and 75% said they use mobile banking.

When respondents were asked about monthly budgeting and expenditure, only 54% of people in the UK said they set a monthly budget for personal spending – a huge contrast to South Africa at 73% and 80% in Malaysia.

Individuals from rural areas showed a higher percentage of negativity towards their economy than those in urban areas. This is largely down to the lack of access to the financial system in those areas (23% of respondents in Nigeria and 22% of respondents in South Africa said it was very difficult for them to send money overseas). 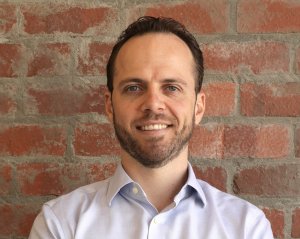 “We have seen little change to the global monetary system over the last 75 years, particularly amongst developed economies where financial institutions have built a system around the transfer of currencies, assets, and commodities which benefit a stable and strong economy,” Mr Swanepoel added.

“As technology advances, it is important that institutions globally find a way of adopting these advancements, enabling emerging markets to have the same access to money and transfer of assets.”

South Africa (22%) and Nigeria (23%) showed the highest percentage of positive attitude towards a single global currency making the current financial system better, whereas only 7% of respondents in the UK agreed.

The most popular answer across all markets to what the disadvantage to a global currency would be was that countries would become less independent.

“As some of the world’s largest tech giants announce they are launching cryptocurrency coins, we believe developing markets will be the lead adopters,” explained the Luno CEO.

“Our research shows that in these markets, people are more financially savvy because they have to be, which means that they need and understand the benefits the new coins can offer.”

The survey presents an overview of a study conducted by Dalia Research for Luno between May 17 2019 and June 7 2019 about the future of money. The sample of more than 7,000 individuals with internet access was drawn in France, Indonesia, Italy, Malaysia, Nigeria, South Africa, and the United Kingdom. Calculated for a sample of this size and considering the design-effect, the average margin of error would be +/-3.1% at a confidence level of 95%.