Has the bubble burst? Examining the NFT space in September 2022 versus 2021

Exploring the status of the NFT space in September 2022 versus 2021, including overall volume, marketplace volume and sales for some of the industry’s most popular projects.

While NFTs have been around for a few years, the technology exploded in popularity in 2021 driven by the launch of major projects like Bored Ape Yacht Club (BAYC).

Seemingly out of nowhere celebrities, athletes and major art collectors were drawn to the space and many began to swap out their generic profile pictures for ones featuring animal JPEGs or pixelated punk characters. Outside of PFP (profile picture) projects, NFTs popularized genres like generative art and organizations like Art Blocks also rose to fame at breakneck speed. At the same time, leading NFT marketplaces like OpenSea became household names while welcoming in a virtually endless stream of new users.

During the peaks of 2021, participants in the NFT space were euphoric as projects across the space skyrocketed in value and people around the world took part in the mad dash to find the next hidden gem that was sure to emerge. The entire phenomenon was reminiscent of the gold rush and, predictably, it couldn’t last.

Today, NFT transaction volume has dried up significantly. This, despite the fact that the vast majority of cryptocurrencies have seen significant dips in value which means that the same NFTs that collectors were rushing to buy in 2021 are now that much more affordable. So, how far has the sector fallen? Are we ‘still early,’ or were the peaks of 2021 something that will never be repeated? While the answer to the latter question is still to be written, we can explore the former one by isolating the performance of the space at large, as well as its leading projects and marketplaces this month as compared to one year ago. 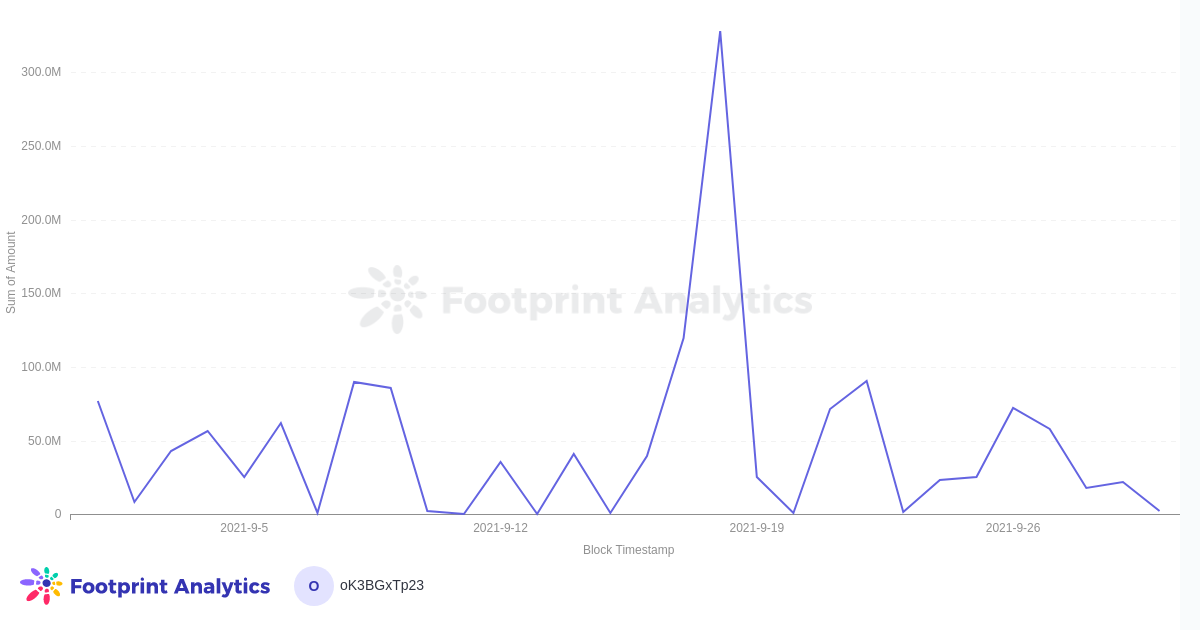 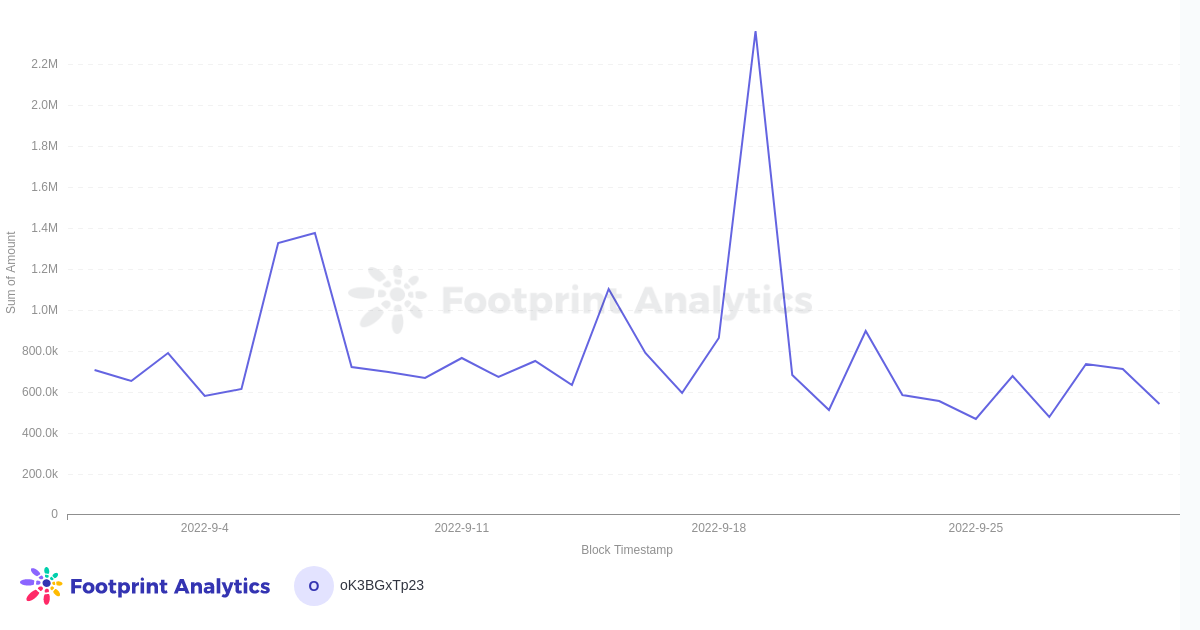 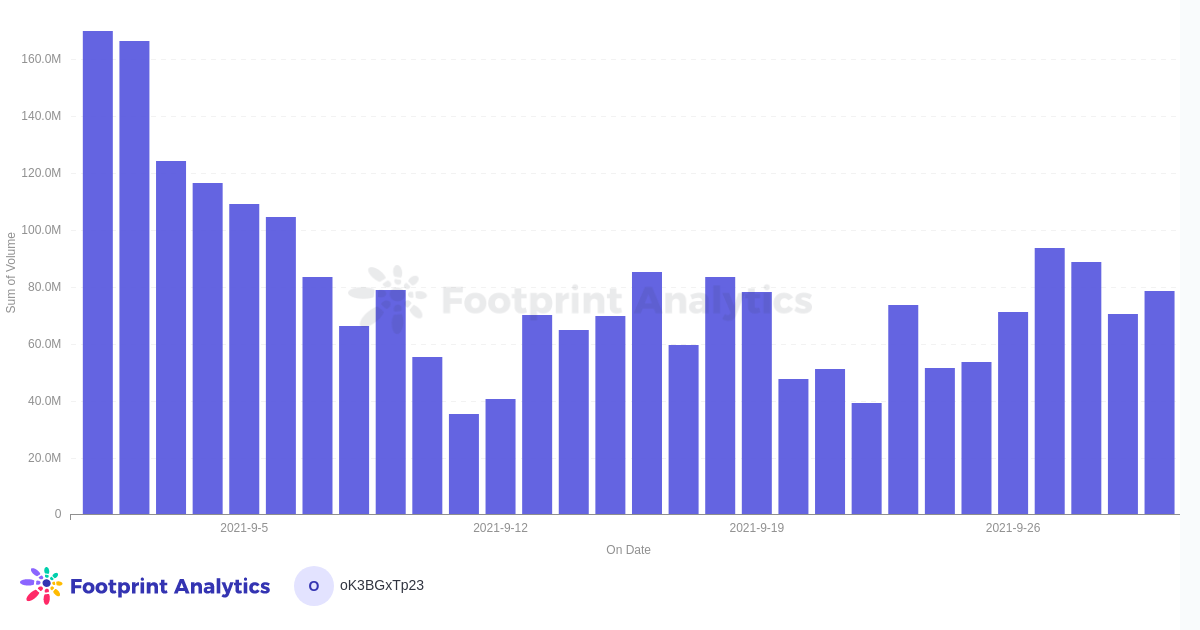 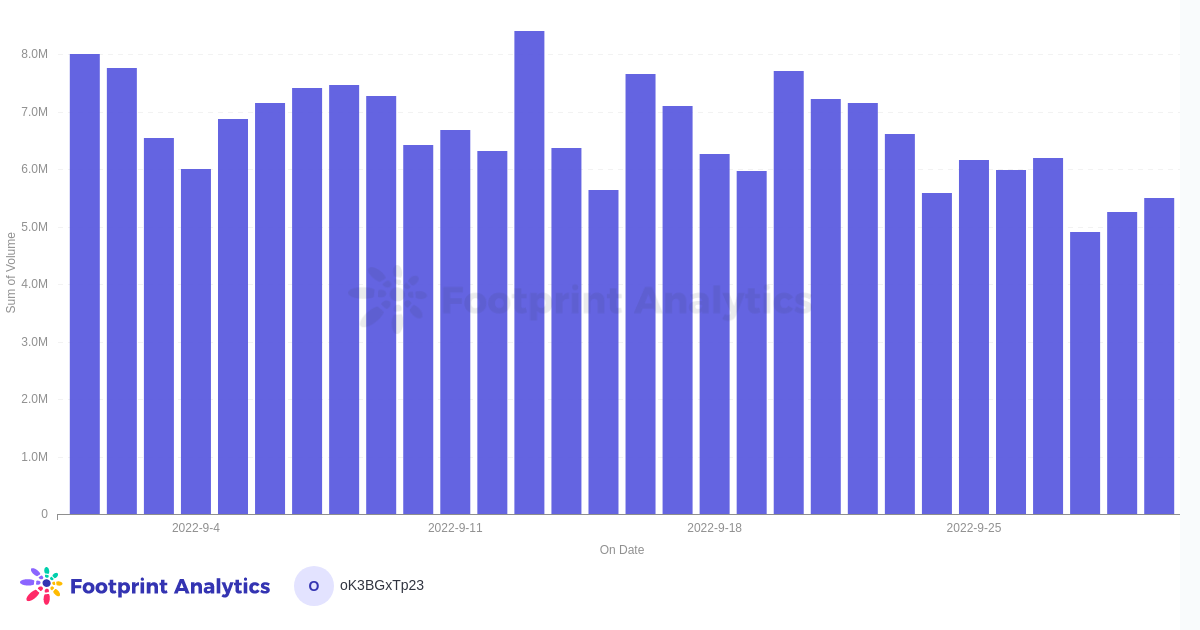 These charts show an exponential decline in volume on OpenSea from last year to today. This is, at best, a clear indicator that we’re in the midst of an aggressive bear market and, at worst, an indicator that the highs experienced in the space last year were in fact the peak of an NFT bubble.

According to OpenSea’s collection stats, CryptoPunks, BAYC and Art Blocks Curated have experienced the first, second and fifth most all-time volume on the marketplace respectively. Knowing that these are some of the most popular projects in the entire industry, examining the current sentiment in these projects versus that of a year ago is yet another indicator of the industry’s overall status. 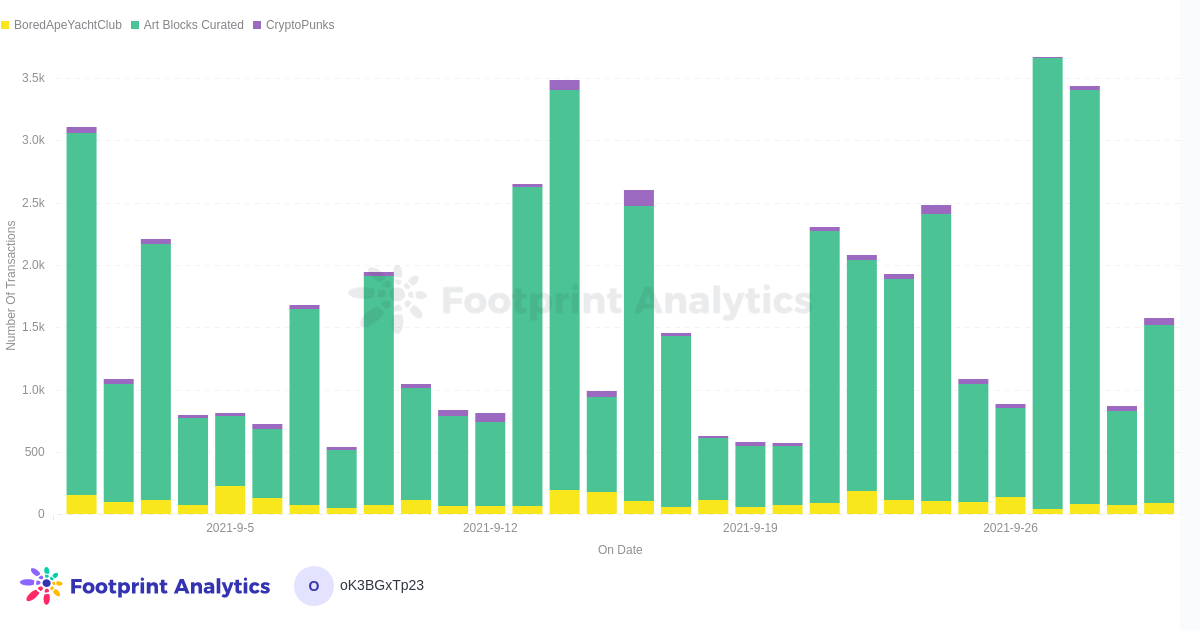 In September 2021, there were three days in which over 3,000 Art Blocks Curated transactions took place. Alternatively, there were only four days in the entire month in which less than 500 Art Blocks Curated transactions took place. Looking at the figures related to Art Blocks Curated makes a lot of sense as there is a wide range of options available for people with different budgets whereas even the most cost effective BAYC or CryptoPunks NFTs were only in range for high net worth individuals as of September 2021. However, it’s still a useful exercise to take a look.

And finally, BAYC transactions maxed out in September 2021 at 230, which took place on the 5th of the month. Overall, there were 13 days in the month in which 100 or more transactions took place. 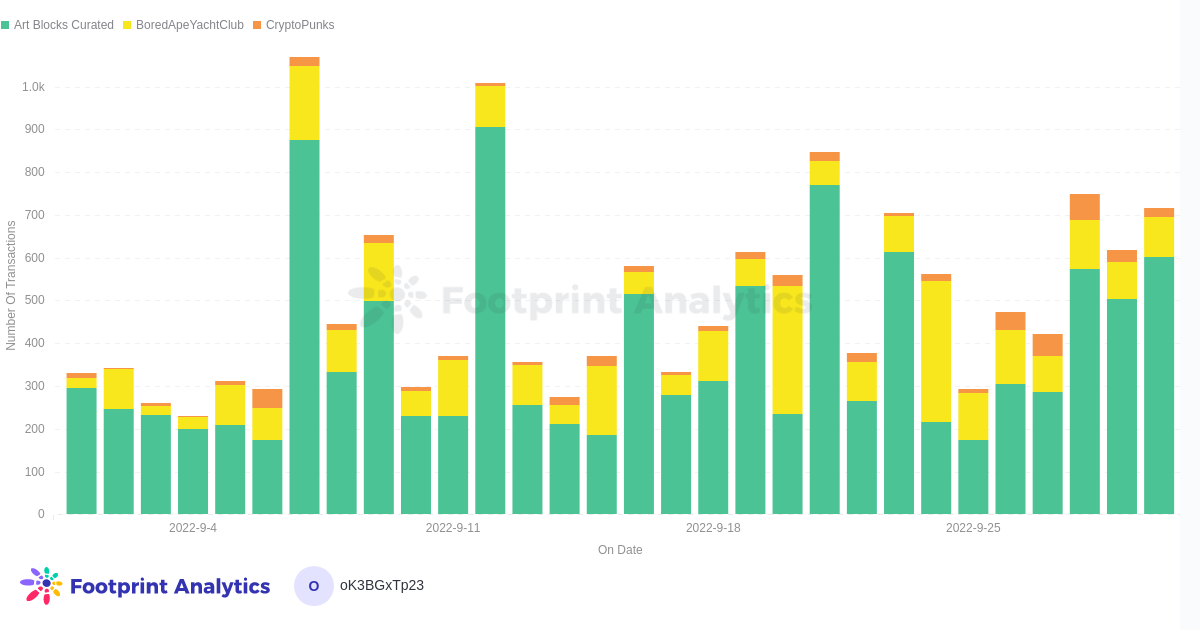 The NFT space is still too young to decisively declare whether the bubble has popped or if macroeconomic concerns and the ongoing bear market are the largest culprits in the space’s waning numbers. However, with overall transaction volume declining significantly, as well as that of marketplaces like OpenSea and leading projects like Art Blocks, it is crystal clear that the space is nowhere close today to where it once was in terms of capital flow and overall activity. While select projects will continue to emerge that buck the current trend of relative disinterest in the space, collectors and enthusiasts should tread carefully because the gold rush has come to an end, at least for the time being.

Why 1inch users are moving to Toon Finance Protocol

Will aggregator marketplaces become the go-to places to buy NFTs?